Local ecological knowledge (LEK) refers to the knowledge of people in a local community that can be used in assessing environmental conditions as well as reflecting the interaction that occur in an ecosystem. The purpose of this study was to examine condition of coral reef ecosystem based on the LEK’s community in a marine protected area east coast weh island (KKPD PTPW) Sabang. Assessment of the coral reef condition based on the local’s ecological knowledge is justified from the suitability of the area by comparing map of the coral reefs condition based on LEK and observation map of the coral reefs condition during the study. Based on LEK, it is known that in the PTPW Sabang region coral reefs which falls under deteriorated class is found in the northern sea of Kelurahan Kota Atas, while those which falls under good condition class are found in Ie Meule and Ujung Kareng as well as in Anoi Itam except Benteng. Result from the observations done in 13 stations found that sea region near Sumur Tiga, Ujung Kareung and Benteng have a good coral reefs with a coverage range of 51-65 %. While the sea in Ujung Seuke, Anoi Itam and Reuteuk have a moderate coral reefs with a percentage of coverage ranging from 44- 49. Respondents’ perceptions of the coral reef condition during the last 10 years which include 55% respondents in Ie Meule and 74.29% of respondend in Anoi Itam stated that there is an increment of coral reefs coverage. 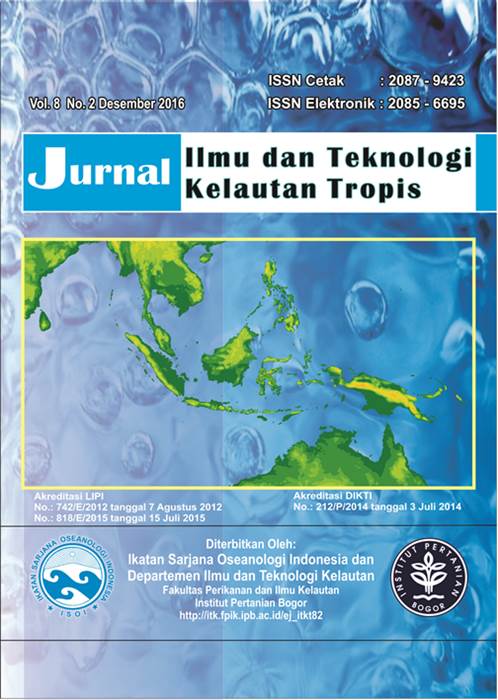