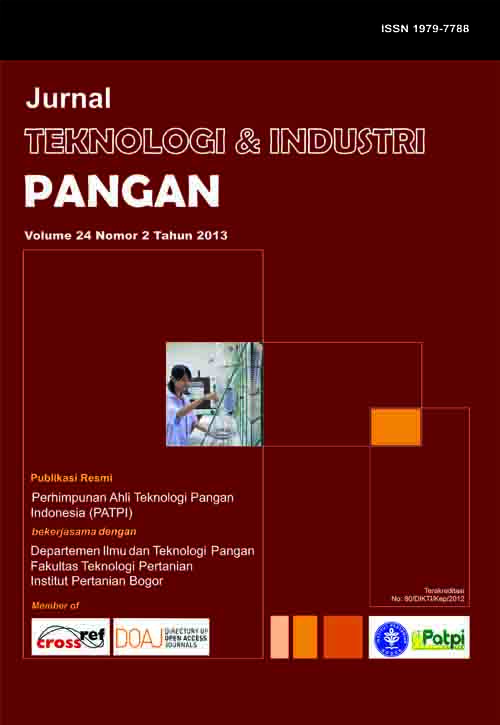 Microalgae produce secondary metabolites with different characteristics for each genus, species or strain. A single species of microalgae can produce several bioactive compounds, including protease inhibitors which can prevent deterioration of fish. In this study, we observed the growth of Chaetoceros gracilis in the media NPSi and NPSi + NaHCO3 and determined the chemical content and the potency of protease inhibitor from Chaetoceros gracilis in both media. The culture was harvested at 8 and 15 days. Screening of protease inhibitor activity was performed by agar diffusion method. Protease inhibitor activity was tested on three pathogenic protease-producing bacteria, namely Staphylococcus aureus, Bacillus cereus and Escherichia coli. The pathogenic bacteria often contaminate foodstuffs. The results showed that media NPSi and NPSi + NaHCO3 affected protein and lipid content of C. gracilis, but the culture age did not affect them. The protein content of C. gracilis cultivated in NPSi media (34.75 and 32.94%) was higher than in NPSi + NaHCO3 media (28.13 and 27.13%), while the lipid content was 16.36 and 18.06, 23.86 and 25.40% respectively. Extracts of C. gracilis grown in NPSi and NPSi+NaHCO3 media had inhibitory activity against the test bacteria. Inhibitory activity against E. coli was greater than S. aureus and B. cereus.