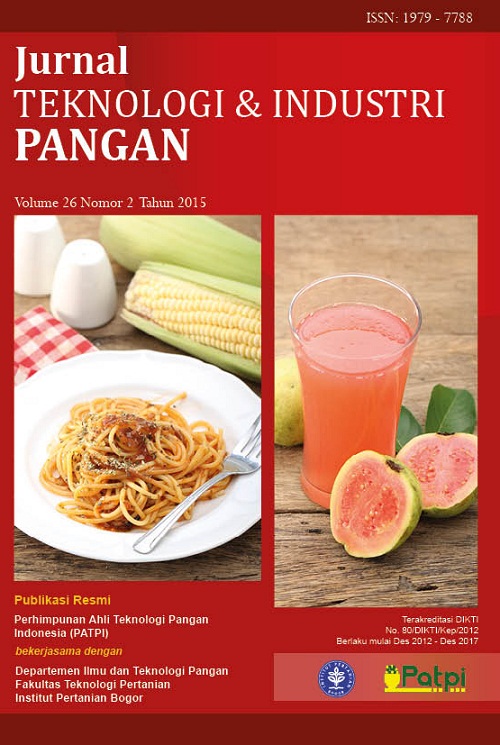 Interesterification of fat blends containing palm oil (RBDPO) and hydrogenated super olein (HSOL) at weight ratios of 3:1, 2:1, 1:1, 1:2 and 1:3 and fractionation was studied for production POP fat. POP fat is cocoa butter equivalent (CBE) which contains high triglyceride of 1,3-dipalmitoyl-2-oleoyl-glycerol (POP) and its can be used as alternative fat for cocoa butter with the standard i.e. triglyceride composition of saturated-unsaturated-saturated (SUS) more than 65% and melting point about of 32-35°C. Interesterification was conducted chemically using sodium methoxide. Then, interesterified product was fractionated two stages using hexane and acetone as solvent, respectively. Interesterification of the subtrates resulted change of triglycerides composition of PPP, PPS, POP, POS and POO which were showed with the concentration of several triglycerides were increased, some were decreased and several new triglycerides were formed. The change of triglyceride structure cause melting point and solid fat content were decreased. Fractionation 2 stages of interesterified product resulted fat containing high triglyceride of POP (above 62%) and POS range of 10-17% and melting point about of 35-39°C. This product can be categorized as CBE which produced from the substrate of RBDPO to HSOL at weight ratio was 2:1 with characteristic i.e. POP 68.2%, POS 10.8 % and melting point of 35°C.