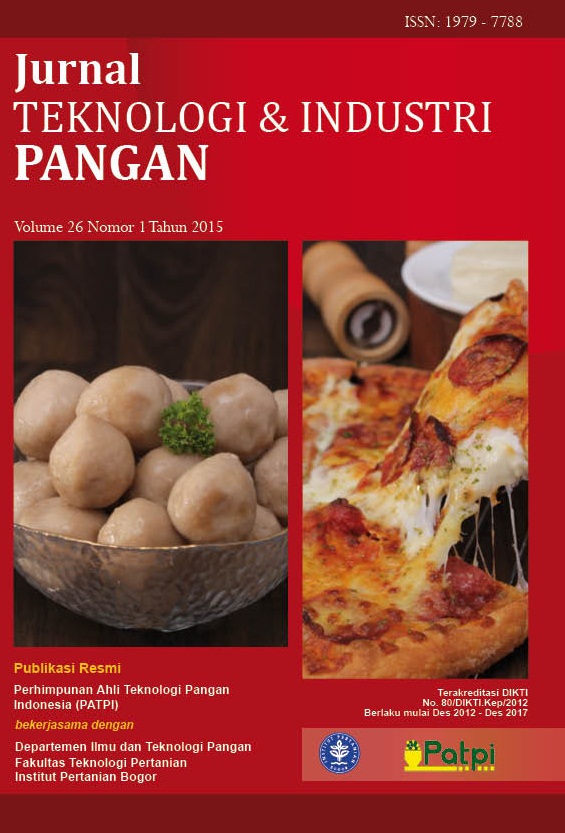 Milk Clotting Enzyme (MCE) is an active agent for cheese making which may be produced by Lactic acid bacteria (LAB). MCE activity differs according to the LAB strains used. Lactobacillus casei D11 could produced MCE when it is grown in MRS broth medium. In this study, MCE of L. casei D11 with the addition of rennet is used and optimized for the production of mozzarella cheese using Response Surface Method (RSM) with Central Composite Design (CCD). The organoleptic properties were determined by hedonics test involving 30 respondents and analyzed statistically which was followed by a Duncan's test. Furthermore, a proximate analysis of mozzarella cheese was conducted. Our results show that the MCE activity produced by L. casei D11 was 8.471 Soxhlet Unit with protease activity of 3.28 U/mL. The ANOVA results showed that the concentration of MCE significantly influence the production of curd. Theoptimum concentration of MCE and rennet for the production of curd suited for the production of mozzarella cheese were 20 and 0.002%, respectively, with a maximum predicted curd yield of 14.996% (g/100 mL milk) which is increased by 13.9% as compared to the curd yield before optimization. The statistical analysis on taste, color, flavor, and cheese texture by respondents shows that mozzarella cheese made by a combination of 15% of MCE and 0.00079 and 0.0015% of rennet, were organoleptically superior to the commercial mozzarella used in this experiment. The proximate analysis shows that mozzarella produced has a moisture content of 33.34%(w/w), 3.48% ash, 30.44% fat, 25.12% protein, 7.53% carbohydrate and energy of 404 kkal/100g.