Aflatoxins are carcinogenic mycotoxins that commonly contaminate foods and feed. There are many different forms of aflatoxin and its metabolites. Of these, aflatoxin B1 (AFB1) is the most prevalent and toxic. Lactobacillus acidophilus SNP-2 has previously been shown to remove AFB1 from liquid solution of phosphate saline buffer. However, the ability of lactic acid bacteria to reduce AFB1 content in soymilk has not been studied yet. The objective of this study was to investigate the ability of viable and heat-killed cells of L. acidophilus SNP-2 to reduce AFB1 in soymilk and fermented soymilk. Soymilk contaminated with Aspergillus flavus was inoculated with culture of L. acidophilus SNP-2, and incubated at 37°C for 12 hours. Fermented soymilk, then, was heat sterilized and stored at cool room (4°C). Heat-killed cells were introduced to soy milk and then kept at cool room for 3 days. During soymilk fermentation, there was reduction of AFB1 content in soymilk related to the growth of lactic acid bacteria and the reduction of pH. The initial concentration of AFB1 in the soymilk was 4.9 ppb. Lactobacillus acidophilus SNP-2 reduced 67.58% of AFB1 in the soymilk after 12 hoursof fermentation. In cool environment, the binding of AFB1 to heat-killed cell after soymilk fermentation was relatively more stable than that of soymilk without fermentation. 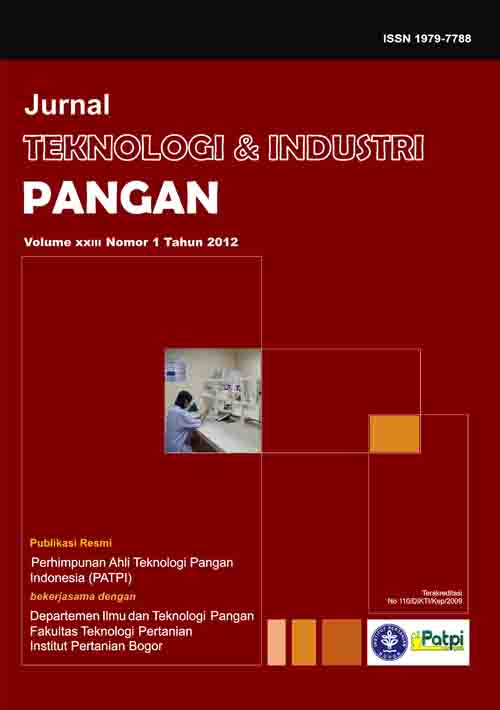