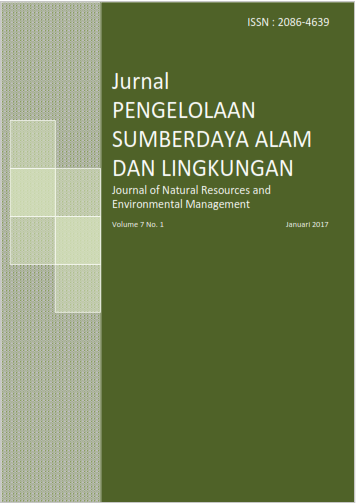 In Indonesia, production forests located in Java Island is managed by State Forestry Corporation (Perhutani). Since 2001, Perhutani has been implementing Management of Forest Resources with Community (PHBM). The expected of PHBM is to increase community participation in managing the forest which will directly reduce forest loss and degradation. This study aimed at analyzing contribution of PHBM towards forest area changes in Forest Management Unit (KPH) of Ngawi, East Java. Land-cover changes during 1997, 2001, and 2015 of Ngawi District were analyzed by employing remote sensing and GIS technique. The result showed that forest cover area decreased dramatically between 1997 and 2001, by as much as 8.837,97 Ha (6,35%). This is happens because in 1997/1998 Indonesia faced an economic crisis. The economic crisis is cause of illegal logging on teak stands in Perhutani area. However, forest cover area increased between 2001 and 2015, by as much as 6.297,39 Ha (4,52%). This is happened because in 2001 Perhutani started to implementing PHBM. In this PHBM, Perhutani collaborate with forest villagers and orther parties to carry out forest management activities together. The existence of PHBM in KPH Ngawi has managed to reduce forest resource conflict between Perhutani and villagers around the forest.