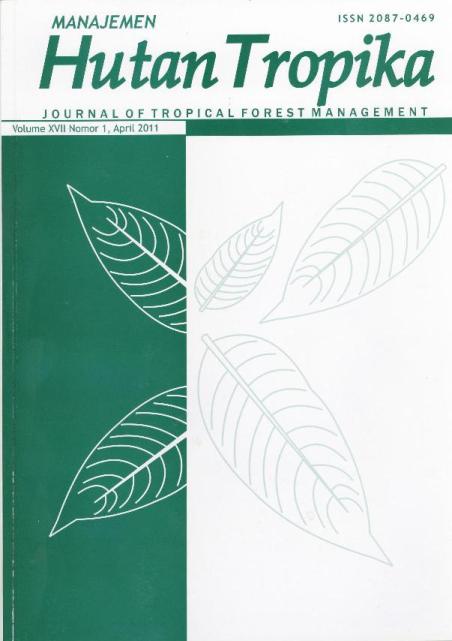 Dynamics of stand structure (DST), which could indicate the growth performance of logged-over forests, may vary depending on various factors, e.g. stand density, initial stand structure, species composition, time after logging, and environmental factors (rainfall, elevation, etc.).  The variations of such factors could result in the variations of DST’s components (e.g. proportion of trees upgrowth and staying). However, this study, which used 75 permanent sample plots data of lowland and dryland natural forests in Kalimantan, showed that the proportion of trees upgrowth and staying could not be predicted satisfactorily using the number of trees, stand basal area, time after logging, and elevation as independent variables in multiple linear regression models. The regression models produced unrealistic projections of stand structures.  In contrast, the projection of stand structures using the DST’s components that were calculated using arithmetic mean was better than that of the regression models.