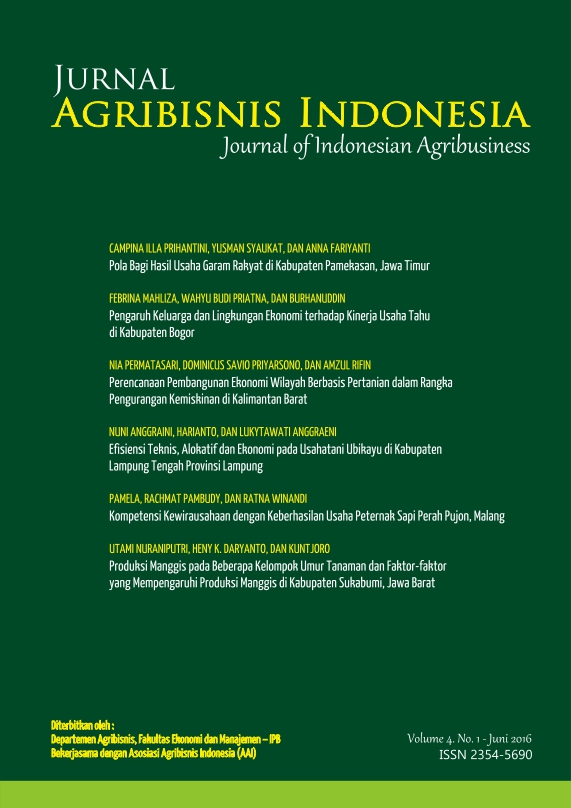 Efficiency is one of the factor that play an important role in determining the level of productivity. This research aims are (1) to analyze the factors that affect cassava production, (2) to measure the level of technical, allocative and economic efficiencies, (3) to identify the factors that influence the technical inefficiency in Central Lampung Regency. The study was conducted in Central Lampung Regency, Lampung Province. The purposive sampling method was used to select area study and simple random sampling technique was used to collect 78 cassava farmers in the study area. Data were analyzed with the stochastic frontier production function model and cost function dual frontier. The results shows that the land, seed,fertilizer N and fertilizer K variable significantly affected cassava production. The level of technical, allocative and economic efficiencies of cassava farming were not efficient with average technical, allocative and economic efficiencies value respectively of 0,69; 0,71; and 0,47. This indicates that cassava farmers in Central Lampung regency has not been optimally allocate the use of inputs at the level of the minimum cost.  Socio-economic variables that significantly affect the technical efficiency is age, the time of harvest, family size, and access to credit. 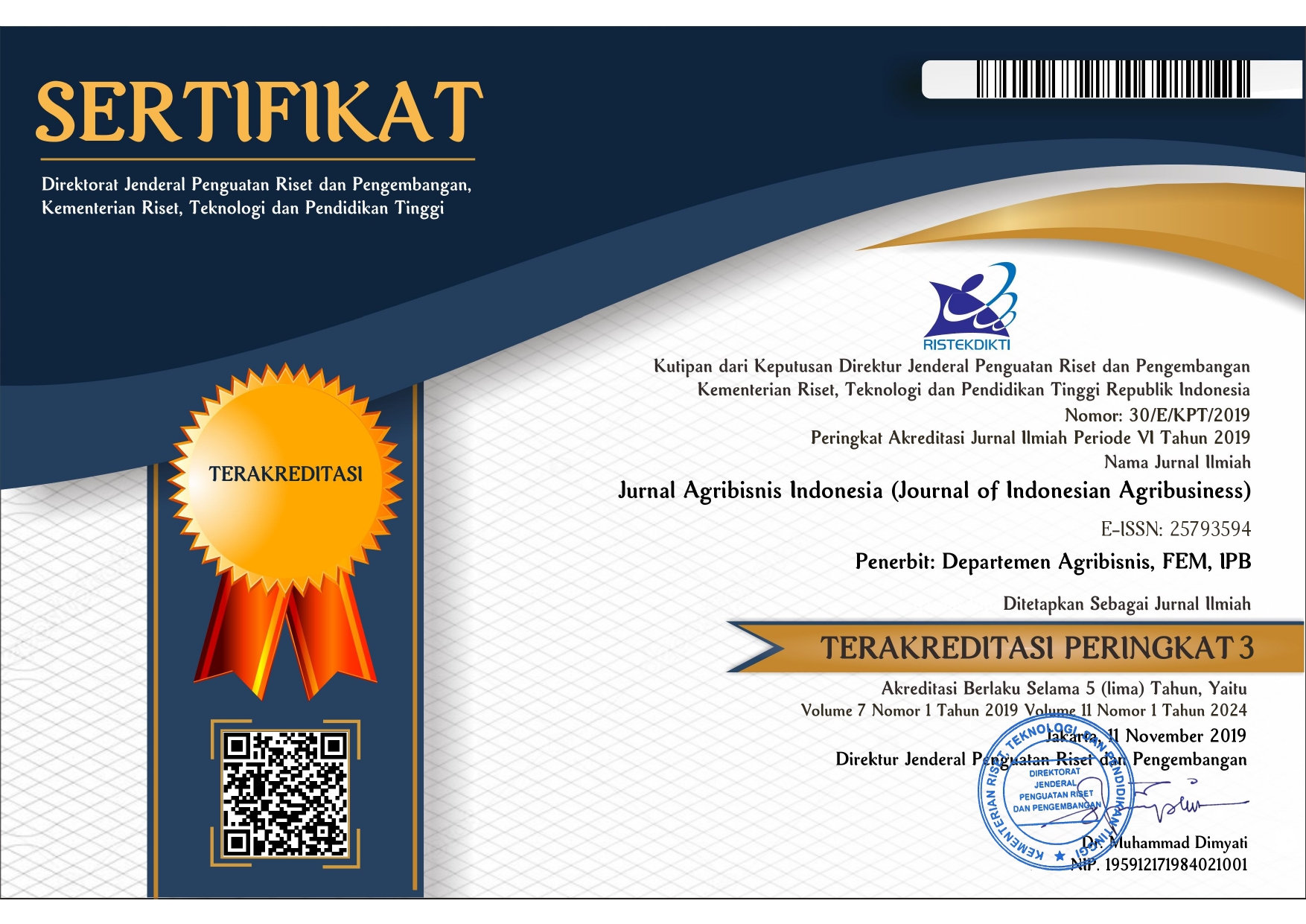