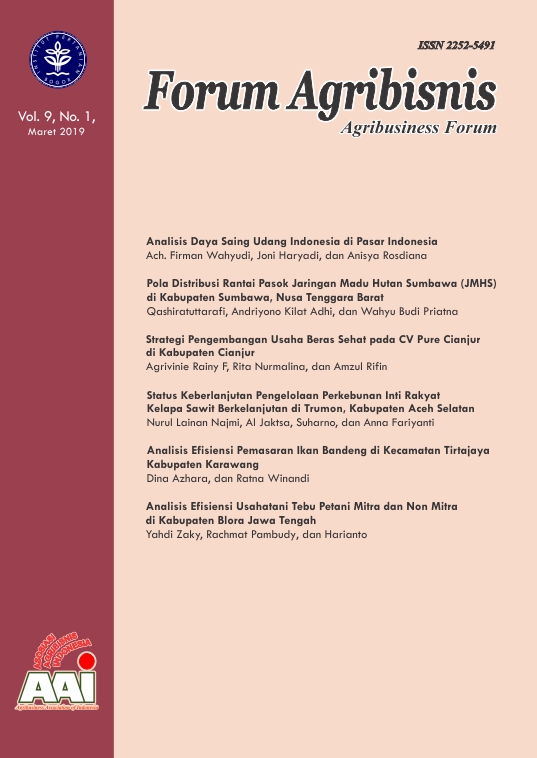 The author submitting the manuscript must understand and agree that the copyright of the article manuscript must be submitted/transferred to the Journal Forum Agribisnis. This work is licensed under the Creative Commons Attribution-ShareAlike 4.0 (CC BY-SA) International License in which the Author and Reader can copy and redistribute the material in any media or format, and remix, modify and build material for any purpose, but they must provide appropriate credit (citing articles or content), provide a link to the license, and indicate whether there is a change. If you mix, change, or create material, you must distribute your contribution under the same license as the original.