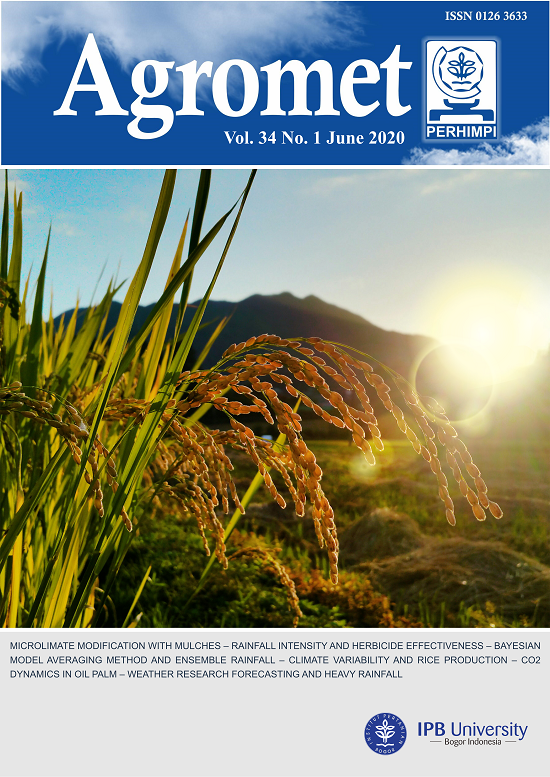 Bayesian Model Averaging (BMA) is a statistical post-processing method for producing probabilistic forecasts from an ensemble prediction in the form of predictive Probability Density Function (PDF). BMA is commonly used to calibrate Ensemble Prediction System (EPS) in a shorter-range forecast. Here, we applied the BMA for a longer forecast at a seasonal interval. This study aimed to develop the implementation of the BMA method to calibrate the seasonal forecast (long range) of monthly rainfall from the RAW output of the EPS European Center for Medium-Range Weather Forecasts (ECMWF) system 4 model (ECS4). This model was calibrated with observational data from 26 stations over Java Island in 1981-2018. BMA predictive PDF was generated with a gamma distribution, which was obtained based on two training schemes, namely sequential (BMA-JTS) and conditional (BMA-JTC) training windows. Generally, both of BMA-JTS and BMA-JTC were able to produce better distribution characteristics of ensemble prediction than that of RAW model ECS4. Both BMA methods showed a good performance as indicated by a high accuracy, small bias, and small uncertainty to the observed rainfall. Our findings revealed that BMA-JTC was able to improve the quality of probabilistic forecasts of below and above normal events. The improvement was shown in most stations over Java Island, in which the model was a good skill forecast based on Brier Skill Score (BSS).