MARINE ENVIRONMENTAL VULNERABILITY OF EACH PROVINCE IN INDONESIA

Interaction between mainland and ocean are not balance. That means condition in mainland will higher affect the ocean, but not vice versa. Indonesia as a tropical island country has very long beaches and many rivers flow into the sea. The increased population in each province will have an impact on increasing contaminant into the river, so those are will cause the contaminant into the sea increasing. The problem statement is at what level of the marine environmental vulnerability in each province? Using methods of spatial analysis those find the spatial pattern of the marine environmental vulnerabilities in Indonesia. Level of the marine environmental vulnerability is generated based on numbers of regency along the coast line, including the total of population and population growth in each province and the number of rivers along the coast line. Conclusion in this research is province with the very high level of the marine environmental vulnerability is eleventh provinces, fifteenth provinces with high level, five provinces with moderate level, and two provinces with the lowest level. The province with very high level is caused by variation combination from the high number of regency along the coast line, including the highest number of population and population growth and the highest number of river. Such conditions may cause high vulnerability in some provinces such as Nanggroe Aceh Darusallam, Bangka Belitung, Kepulauan Riau, Banten, Bali, Nusa Tenggara Barat, Nusa Tenggara Timur, Sulawesi Utara, Sulawesi Tengah and Sulawesi Tenggara. 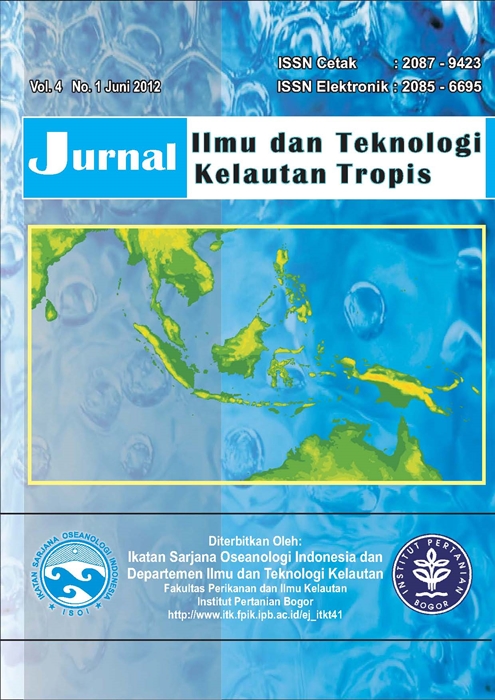