Planting space in agroforestry system was one of important tree rooting was one of important factor that determine tree rooting. It was caused by the relation between planting space and light availability that could penetrate into main plant canopy and space availability for rooting. One of commonly used plant in agroforestry was mahogany which has deep rooting system and has a single main root thus could be combined with shallow rooting system plants as its understory.

This research was supposed to know the light intensity, temperature and humidity in mahogany stands and to know
the length and depth of mahogany horizontal root as a reference to determine suitable crop plants for that rooting condition.

Observed parameters in this research were light intensity, crown coverage percentage, temperature, humidity, and length and depth of mahogany horizontal root. Research results show that light intensity value in young mahogany stands was 24.62% and in old mahogany stands was 19.17%, while crown coverage percentage in those two stands was respectively 36.50% and 84.38%. Value of that light intensity wasn’t compared caused of its different time in data collecting. Temperature in sample plot in young mahogany stands and the old ones was 28,53o C and 28,07o C, while its humidity was 75.12% and 75.23%, respectively. Length of horizontal root in young mahogany stands and the old ones was 0.68 m and 1.68 m, while its horizontal depth was 9.95 cm and 12.58 cm, respectively. Other observed parameter was tree dimension (diameter, height, and crown area), that supposed to know the growth quality of observed mahogany.

Research results show that mahogany stands could be combined together with crop plant if it seen from light intensity, temperature and humidity aspects. Higher crown coverage along with the increasing of main plant (mahogany trees) has to be combined with suitable and high economic value crop plant. Some recommended crop plant for young mahogany stands are ginger and pandan, while for old mahogany stands were tuberous plant and kapulaga. 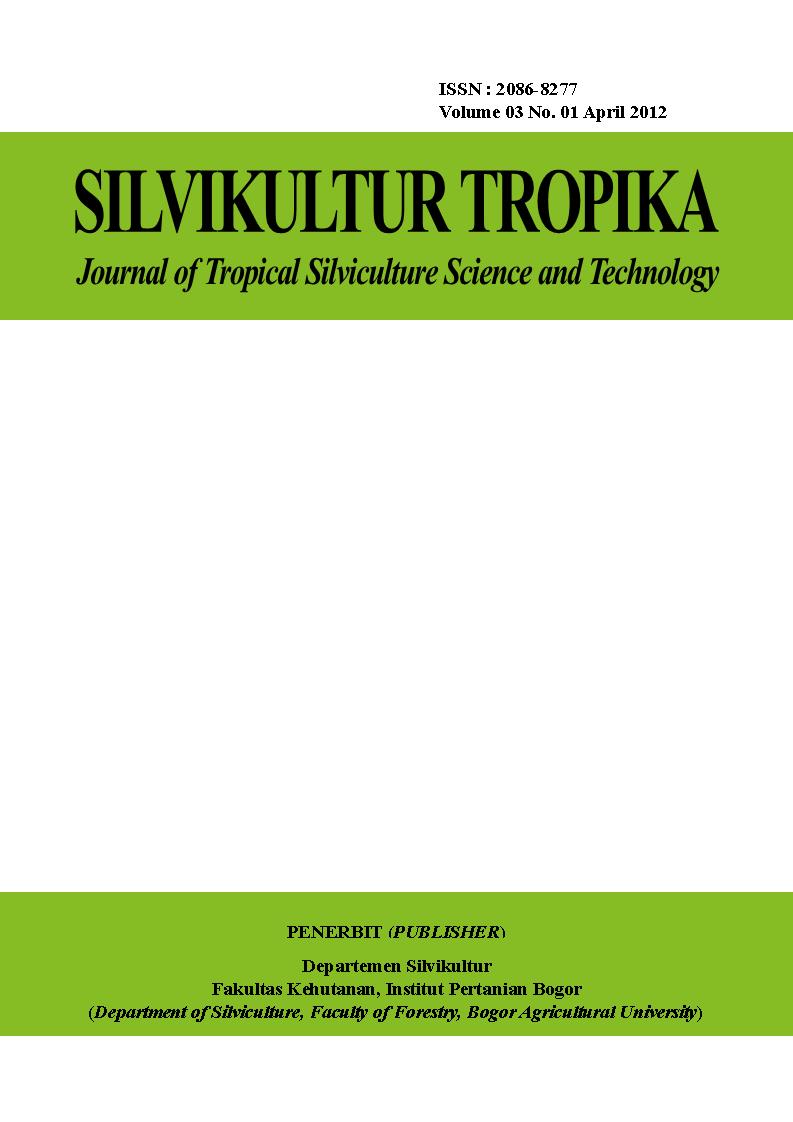