In urban development, it is a must in paying attention to and considering the history development of one area that occured in the past, so that legibility of space and special characteristic of the city is formed. Special characteristic of a city can be formed by the existence of space elements, such as path, edges, districts, nodes, and landmarks. This research objectives are to invent all of former Pekanbaru City’s space elements, to find out the most imageable space elements, and to evaluate the factors that have influenced elements have good imageability; and those were undertaken by using survey method. The research result shown that Pekanbaru City has mental map elements with good imageability, and most of them can be identified and imagined
both by the citizen of Pekanbaru City as well as by visitors 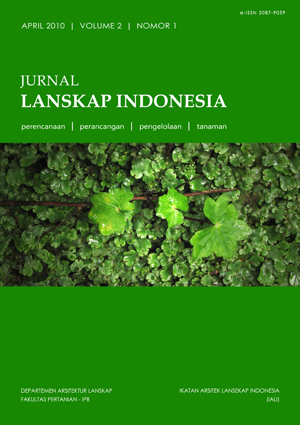