Issues related to regional disparity are very popular in regional development studies. A fair and just regional balance are believed to be not merely a development goal, but also believed could ensure regional economic development to be sustainable in a long term.

In this edition, Fauzi et al. portrayed disparity of the province with the second largest population in Indonesia (39.7 million in year 2019) and the most regencies/cities: East Java Province.

Article by Klau et al. and by Wijayanti and Pratomo in this edition discusses agropolitan practice in Malaka Regency at the border between Indonesia and Timor-Leste and minapolitan case in Malang Regency, East Java Province respectively.

On the other hand, the result of minapolitan study by Wijayanti and Pratomo shows that majority of districts (20 out of 33 districts) in Malang Regency are included in the category of highly rural and only 3 districts have strong urban characteristics (rurban type A).

Besides problems of disparity and linkage with urban areas, rural areas face institutional issues as well. One of the important issues faced by rural areas bordering with forest areas are institutional issues in accessing forest resources. In the effort to strengthen rural economy, the Ministry of Villages, Development of Disadvantaged Regions, and Transmigration promoted the formulation of village-owned business entities (BUMDes).

The final article of this edition reviews development issues in province scale. Similar to most provinces in Sumatera Island which growth have been relying on their primary sectors (agriculture and mining), economy of Jambi Province needs to transition by developing its secondary sector: the industry sector. Wibisono et al. discusses industrial sector development in Jambi province. 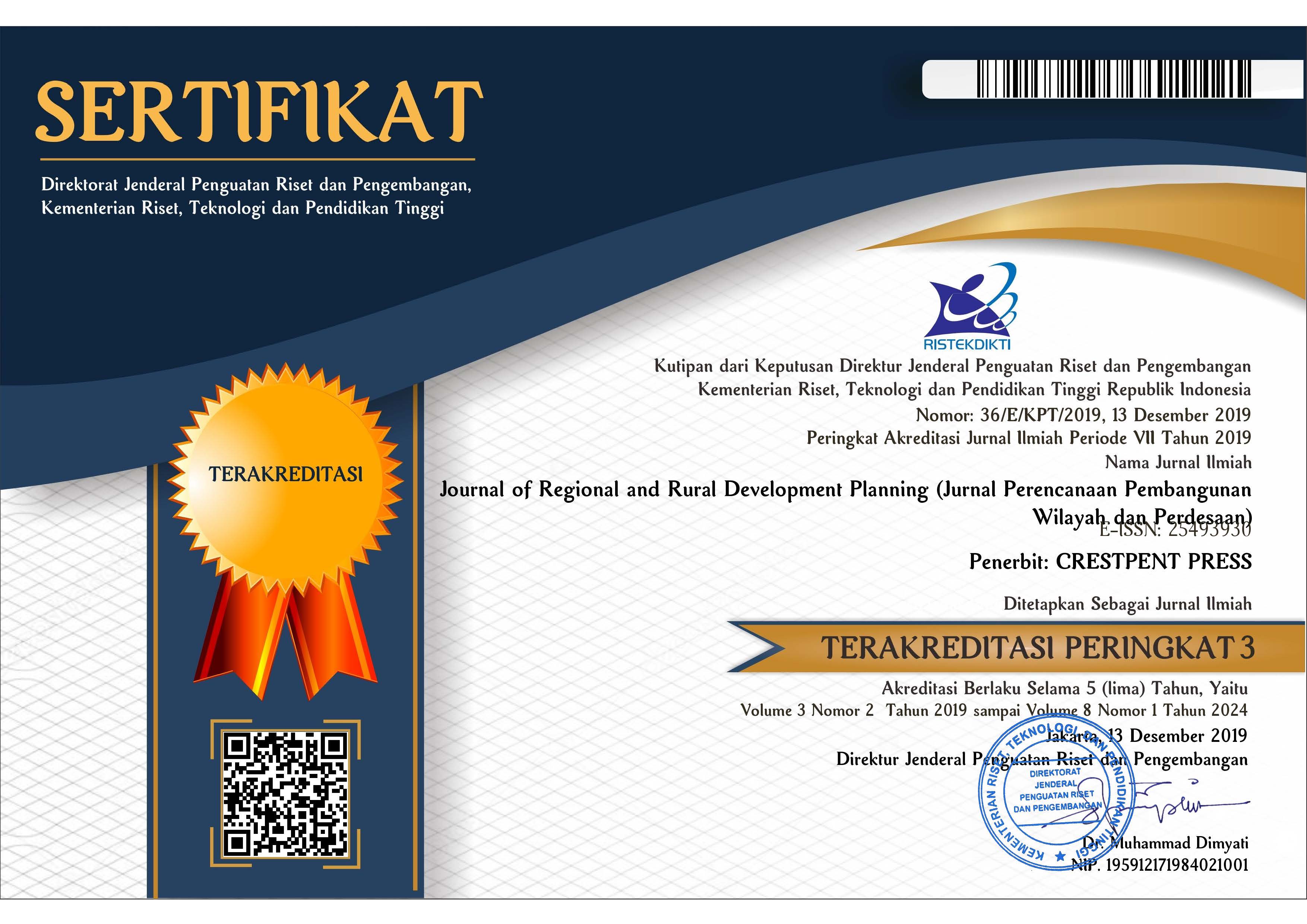 JP2WD is licensed under a Creative Commons Attribution-ShareAlike 4.0 International License.