Spectral measurements of remote sensing reflectance (Rrs) of surface waters in the northeastern Gulf of Mexico were conducted in various seasons in 1999-2000 using Fieldspec Analytical Spectral Devices (ASD) Spectroradiometer. Filtering process was performed on the data to eliminate invalid data. In general, in coastal waters particularly near rivers mouth (water type-2) the Rrs spectrals were relatively low at blue, maximum at green, and decreased to a minimum value at the red wavelength. In offshore waters (type-1), the general pattern of Rrs spectrals were maximum at the blue wavelength and then continued to decline at the green wavelength until the minimum value at the red wavelength except during summer where Rrs spectrals in most offshore area having the maximum value at the green wavelength due to the phytoplankton bloom as a result of freshwater intrusion from the Mississippi river. In general, the patterns and values of Rrs ​​were significantly different among seasons and locations. Results showed that Rrs values ​​at the blue wavelength (λ=400 nm) were generally higher in the spring than in other seasons ranging of 0.007-0.018 sr-1 in offshore waters and 0.004-0.015 sr-1 in coastal waters. During spring, Rrs values at the green ​​wavelength (λ=500 nm) were also higher than in other seasons ​​ranging of 0.005-0.013 sr-1 found in coastal waters. However, during summer in coastal waters, the maximum values of Rrs spectrals were found in different green wavelength on different locations showed the differences in the type and composition of phytoplankton, organic materials, and suspension matters at those locations. 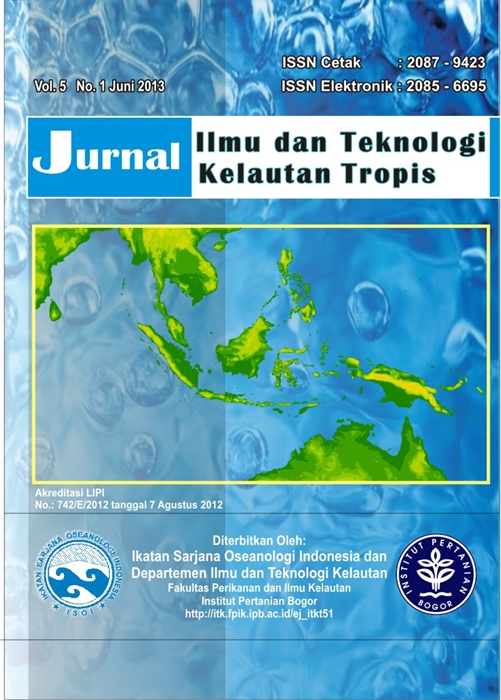