Efforts to produce tropical wheat varieties having good yield potential and adaptive to Indonesia agroecosystem are continuously being carried out. The purpose of this study was to obtain information about the performance and estimate the value of genetic parameters of wheat genotypes in F2:3, as well as to verify the putative of transgressive segregants of wheat in F2:3 generation in high elevation. The genetic materials used were the selected F2:3 wheat lines as putative transgressive segregants of segregated lines selected in the F2 generation from four families of G1/Se, G2/Se, G3/Se, and Ja/Se. This study was conducted from June to November 2018 at Ornamental Plant Research Center, Cipanas, Jawa Barat (1,100 asl). The research was arranged in an augmented randomized complete block design. Five parental varieties were used as checks. Observations were made on agronomic characters and yield components. The four families of F2:3 showed performances exceeding their best parents on the characters of ear per spike length, number of seed per plant, and number of productive tillers. High values of broad-sense heritability and genotypic coefficient of variation were found in the characters of the number of productive tillers, number of seeds per main ear, the weight of seeds per main ear, the weight of 100 seeds, number of seeds per plant and seed weight per plant. The verification results showed that there were no confirmed lines as transgressive segregants. Selection based on the character of seed weight per plant produced 30 F2:3 lines from four populations with a selection differential of 59%. 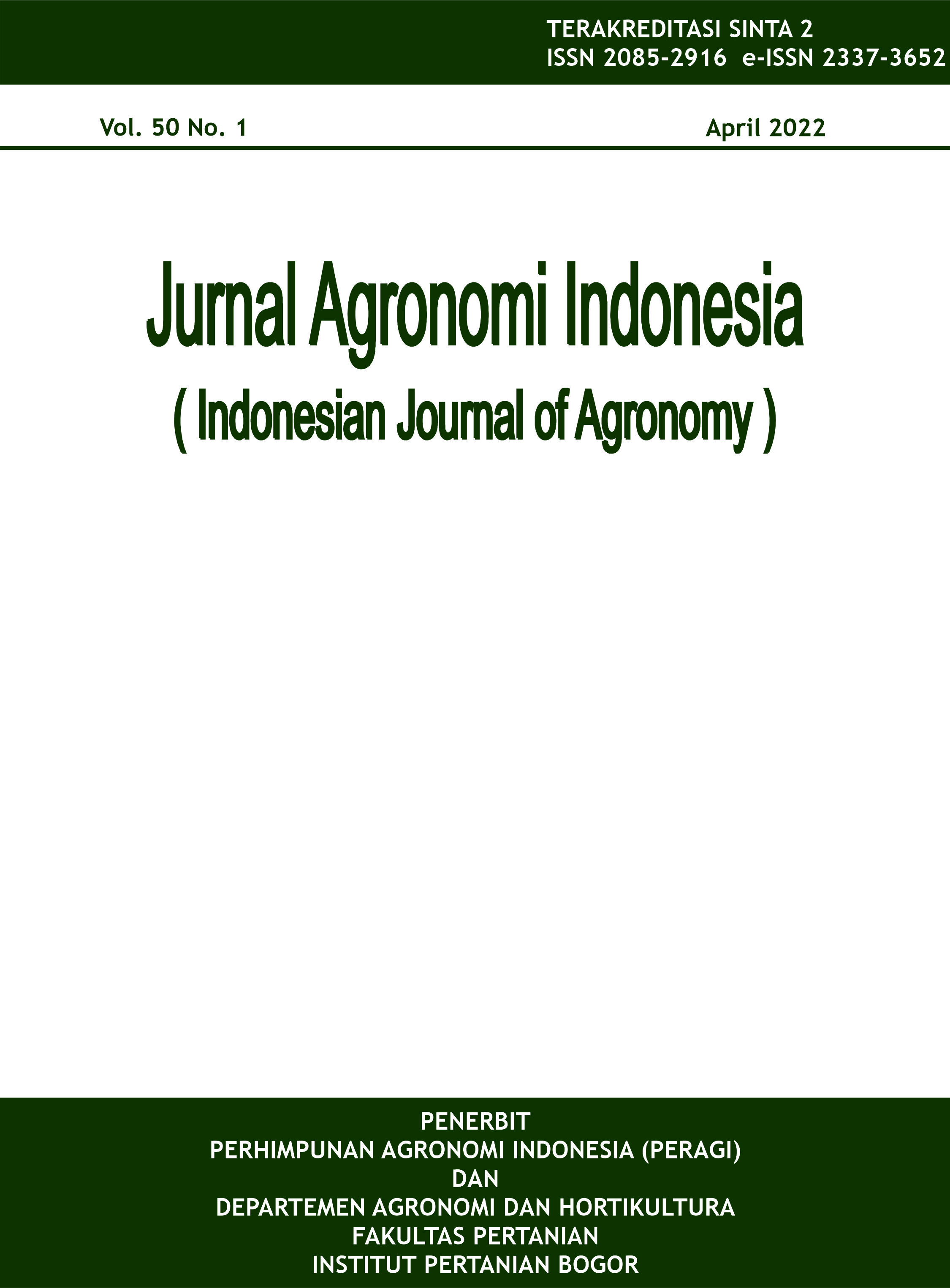