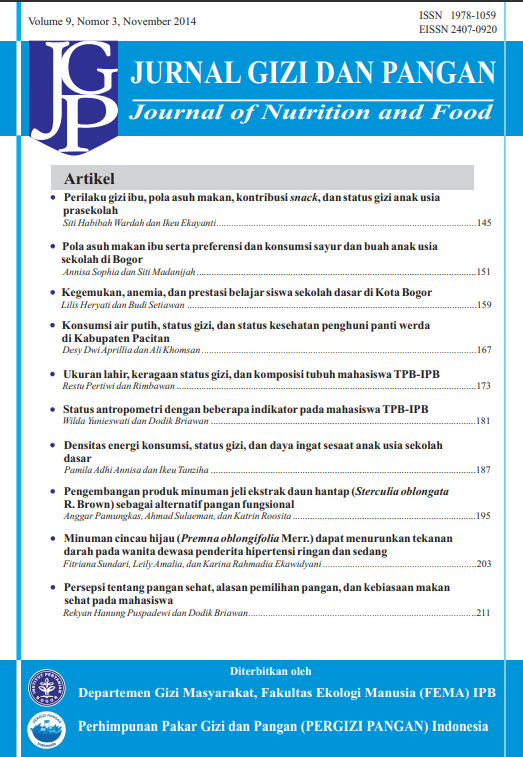 This study was aimed to analyze the effect of green grass jelly drink (Premna oblongifolia Merr.) on reducing blood pressure among adult women suffered from mild and moderate hypertension in Central Bogor Region. There were two intervention formulas, namely Formula A consisted of green grass jelly and brown sugar, and Formula B consisted of green grass jelly and non calori brown sugar. Subjects were consisted of 25 adult women aged over 45 years old and divided into 5 groups, namely one control and four experimental groups. Formula A was given to 2 groups; P1, which received intervention everyday, and P2 which received intervention every two days. Formula B had the same pattern with the Formula A (P3 and P4). The result shows that the systolic blood pressure of P1 decreased significantly (p<0.05) by 20-25 mmHg. In addition, the diastolic blood pressure on groups of P1 and P3 decreased significantly by 14-15 mmHg after the two weeks intervention (p<0.05).