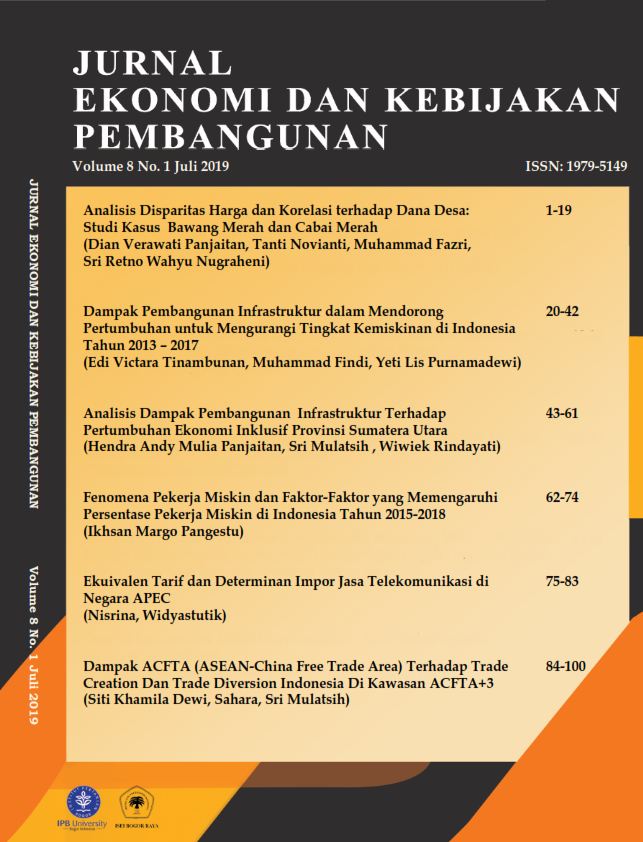 APEC (Asia-Pacific Economic Co-operation) is an economic cooperation among 21 member countries that was formed in 1989 with the aim of strengthening the economic growth in the region. Trade in services is one of the focuses in the APEC cooperation. One of the service sectors that has an important role as a set backbone in the economy is the telecommunication sector. This study aims to analyze the determinants of the import in the telecommunications services sector and estimate the tariff equivalent in each APEC country by using panel data model. The results show that the factors that significantly influenced the import value of telecommunications services in APEC countries are real GDP, distance, common language, and similarity in colonial history. The real GDP of importing and exporting countries has a positive impact on import, as well as the language and colonial history. Meanwhile, distance has a negative effect on the value of imports of telecommunications services in APEC countries. Estimated tariff equivalents suggest that Mexico, the Philippines, Peru and New Zealand are the countries with the highest trade barriers, while Singapore has the lowest average equivalent value among APEC countries.

This work is licensed under a Creative Commons Attribution-NonCommercial-ShareAlike 4.0 International License.