Crested macaque (Macaca nigra), one of the seven endemic primates in Sulawesi is the most endangered macaque species that has been categorized as critically endangered by International Union for Conservation of Nature (IUCN). However, almost nothing is known about the reproductive biology in associated with the behavioral during pregnancy. The data is important to support a management and breeding programs such as pregnancy diagnostic and conservation program in this species. The research aimed was to study the behavior of the crested macaques during pregnancy. Observations were performed on the 10 adult females of the group of Rambo 1 (R1) which has been habituated at Tangkoko-Batuangus Nature Reserve, North Sulawesi. Behavioral data were collected using focal animal sampling and recorded using instantanaeous sampling on females during menstrual cycling, pregnancy, and after parturition (lactation). During five months observations, a total of 393.63 observation hours were recorded. The results showed that daily activities of the M. nigra during menstrual cycling were dominated by feeding (26.60%), foraging (15.95%), and locomotion (16.16%). Daily activities during pregnancy was dominated by feeding (27.03%), foraging (16.37%), and resting (13.45%), whereas after parturition (lactation) period is dominated by resting (26.12%), foraging (19.51%), and feeding (14.98%). The resting was the most activity in the end of pregnancy and few day after parturition. The diets were collected successfully composed of the fruits (34 species), arthropods (3 species, 2 families, 4 orders), fungi (4 genus), and plants (5 species). Climate was influenced on the composition of the diet, especially on fruit and arthropods. In conclusion, the activity budgets were different during menstrual cycling, pregnancy, and lactation, especially feeding, foraging, locomotion, and resting. 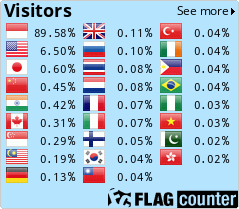