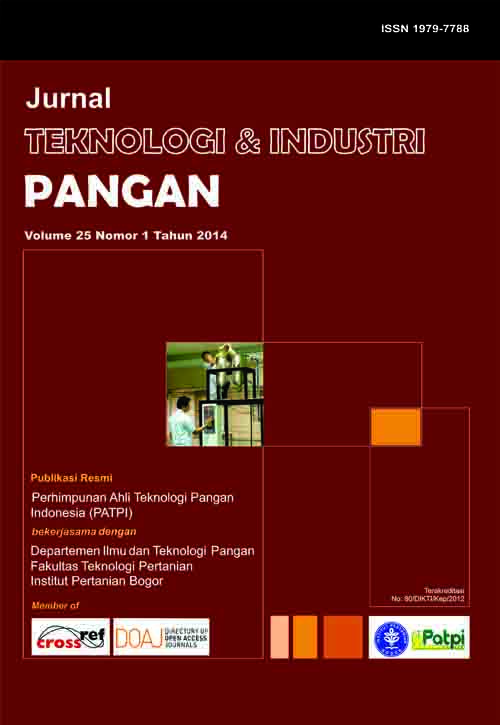 [Extraction and Partial Characterization of Crude Enzymes Cathepsin from Catfish]

Decomposition of protein by enzymatic process will lead to changes in odor, texture, and appearance of fish. The enzymes that play a role in the enzymatic process is primarily proteolytic enzymes. Cathepsin is one of the proteolytic enzymes found in animal tissue that hydrolyzes peptide bonds of proteins. This study aims to extract the cathepsin, characterize the crude extract derived from catfish. The stages of this research consist of the extraction and characterization of the cathepsin from catfish. Result of the extraction was crude extract of cathepsin with activity of 0.278 U/mL. The enzyme had optimum temperature of 50°C, pH 6 and substrate concentration of 2%. The activity of the cathepsin was inhibited by metal ions of Fe3+, Cu2+, Ca2+, but increased by metal ions of Mg2+.