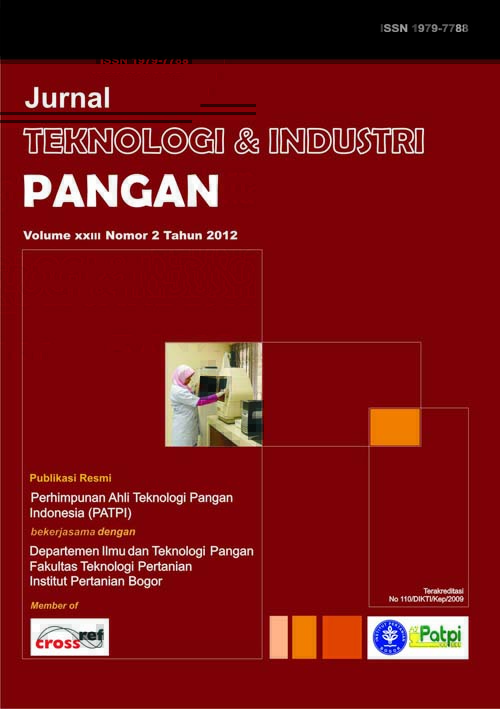 The objective of this study was to investigate the effect of pretreatments on chemical and antioxidant properties of sky fruit (Swietenia macrohylla) seed oil. The seeds were treated with different heat pretreatments (roasting, steaming, and microwaving) and subsequently subjected to oil extraction by using a Bligh and Dyer method. It was found that different pretreatments significantly (p<0.05) affected yield and peroxide value of the extracted oils. However, no significant effect of pretreatment was observed on free fatty acid content of the seed oils. The oils exhibited significantly different levels of 1, 1-diphenyl-2-picrylhydrazyl (DPPH) scavenging activity due to different heat pretreatments. The results revealed that the mean percentages of DPPH scavenging activity of untreated (control) seed oil (87.69%) and steamed seed oil (83.40%) were significantly higher than those of roasted seed oil (75.71%) as well as the microwaved one (63.98%). In contrast, the pretreatments did not significantly affect total phenolic content (TPC) of the seed oils with the TPC mean values ranging from 0.016 to 0.022 mg/g (as gallic acid). Data gained from this study provided valuable information for edible oil industries in searching for alternative source of edible oil with medicinal benefits.