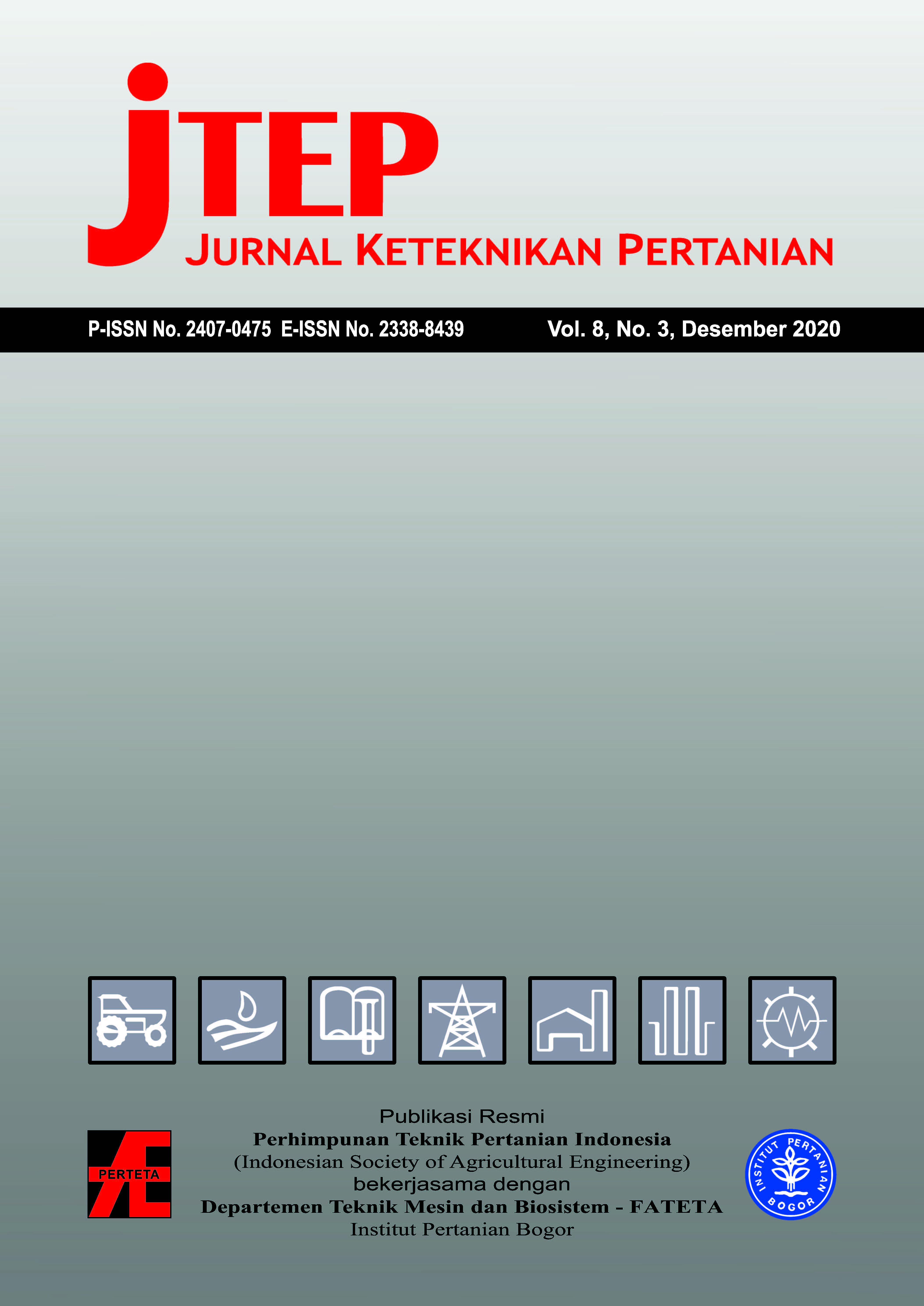 This study was aimed to apply Peleg Model to analyze rehydration of dried tekwan at several variations of water immersion temperature.  The method used was descriptive and experimental of one factor treatment (Non Factorial), which was immersion temperature with four treatments level (30, 45, 70 and 90oC), each treatment was done triplicate.  The parameter observed was moisture content at times of observation.  The result showed that the Peleg Model coefficients (K1 and K2) were inversely affected by the temperature.  The relationship was expressed into non-linear regression (polynomial) with R2 value of 0,973 and 0,988.  It showed that the obtained Peleg model could be applied adequately for the rehydration of dried tekwan at some immersion temperature. The resulting model also met the statistical criteria with the largest SEE and MRE values 6.73% and 3.58%. The model could predict the dried tekwan rehydration best at the temperature of 30oC and 45oC with the smallest SEE and MRE values.