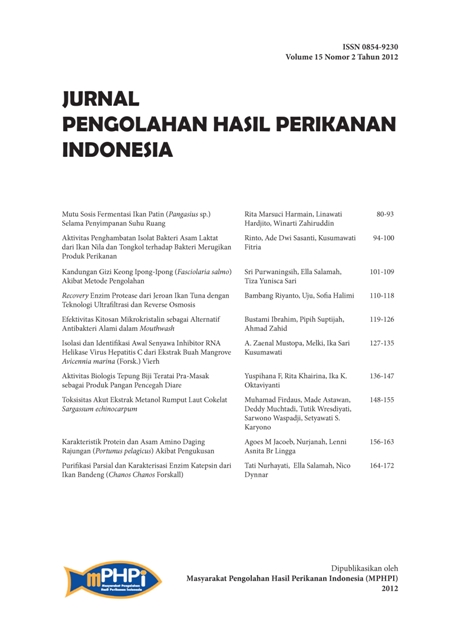 Raw waterlilly seeds are known to have activity to prevent diarrhea. It has been proven through testing both in vitro and in vivo against E. coli K1.1 Enterophatogenic (EPEC), the bacteria that causes diarrhea. This study aimed to determine the biological activity of pre-cooked waterlilly seed flour as the prevention of diarrhea through in vivo testing. Results showed that mice fed a ransum substituted with waterlilly seed flour and intervented with EPEC had an increased in body weight 25% lower compared with controls, as well as a declining in fecal water content average of 2% a day after the EPEC intervention was stopped. Rationing followed by EPEC intervention did not increase the number of microbes, causing reduction in the number of E. coli, and did not cause a decrease in lactic acid bacteria (LAB). Rationing waterlilly seed flour shown to inhibit inflammation in the intestinal villi, preventing necrosis of the intestinal mucosa cell (jejenum), reduce inflammation, and prevent adhesion of E. coli in the intestinal mucosa.