Hepatitis B is the major health problem worldwide including in Indonesia. Vaccination is the best prevention strategy for the disease. For the purpose of vaccine development and to decrease drug import, production of Hepatitis B Virus (HBV) small surface antigen (sHBsAg) from Indonesian HBV subtype is needed. The recombinant protein production can be conducted by integrating multi expression cassettes of sHBsAg gene in Pichia pastoris chromosome using gene replacement method. Such integration method turns out to allow loss of foreign gene from chromosome by excisional recombination-mediated looping out. This research was aimed to determine integration stability of four copies of sHBsAg expression cassette in P. pastoris GS115 chromosome inducted with 2% methanol in FM22 medium. The methanol induction was conducted twice at 63-h and 75-h. Integration stability determination was conducted qualitatively using PCR and quantitatively using qPCR absolute quantification. A band of 208 bp with similar intensity was observed after amplification of genomic DNA. All samples generated the same Ct value of around 22 with four copies of sHBsAg gene per genome. The result from this experiment shows that integration of four copies of sHBsAg expression cassette in P. pastoris GS115 chromosome is stable during methanol induction. 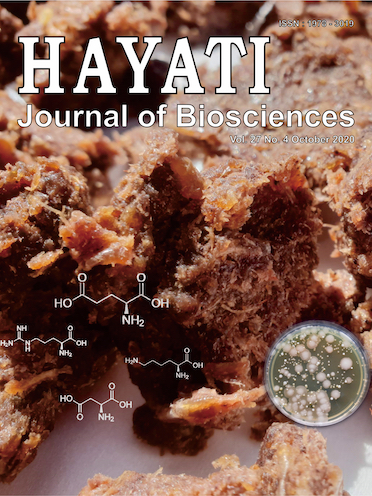