Mangroves have evolved several adaptations to swampy and saline environments. It is situated at the inter-phase between marine and terrestrial environment, which is highly productive providing nutrients to surrounding micro biota. Similar adaptive characteristics in the form and function may occur with the associated microflora in such environments. Several free living and symbiotic microorganisms occurred in such saline habitats and some of them are reported for their beneficial activity in mangrove ecosystem like biomineralization of organic matter and bio-transformation of minerals. In view of this, 106 fungi isolated from rhizosphere and phyllosphere of mangrove plants grown in Bhitarkanika, Orissa were screened on plate culture containing Pikovaskaya medium for the phosphate solubilization. Selected fungi were evaluated for their phosphate solubilization potential under different cultural conditions. A total of 36 fungi were isolated that showed variable halo zone on medium containing tricalcium phosphate when grown under different pH and temperature. The highest zone was formed by Aspergillus PF8 (63 mm) and Aspergillus PF127 (46.5 mm). The observation on tricalcium phosphate solubilization activity of Paecilomyces, Cladobotrytis, Helminthosporium is rare. However, a detailed and elaborative studies are needed to confirm better mineral solubilization potential of these fungi. 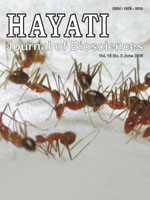