This study aimed to compare local dairy farmer ration formula with national research council in producing higher feed efficiency and milk production. This study had two stages. The first stage was in vitro study of dairy farmer rations which have different raw materials (R3, R4, and R5) with NRC based ration (R2) and Demo Farm ration (R1). The variables measured in this stage were proximate composition, volatile fatty acid, ammonia, dry matter and organic matter digestibility. The first stage used a randomized block design with five treatments, three groups of ruminal fluid, and three replications. The second stage used nine lactating cows with three periods of lactation (one, three, and other) and used a randomized block design with three treatments, three groups, and one replication. Parameters measured were dry matter intake, manure score, milk production, body weight gain, body condition score, and technical and economical efficiencies. The first stage result showed that R1, R2, and R3 were three best rations in nutrient composition and fermentability (ammonia and volatile fatty acid concentrations were optimum for microbial growth and high digestibility), so in conclusion those three rations were the best rations and should be compared by in vivo method. The result of the second stage showed that all tested rations were not significantly different in milk production, performance and efficiency, so in conclusion those three rations have the same quality. 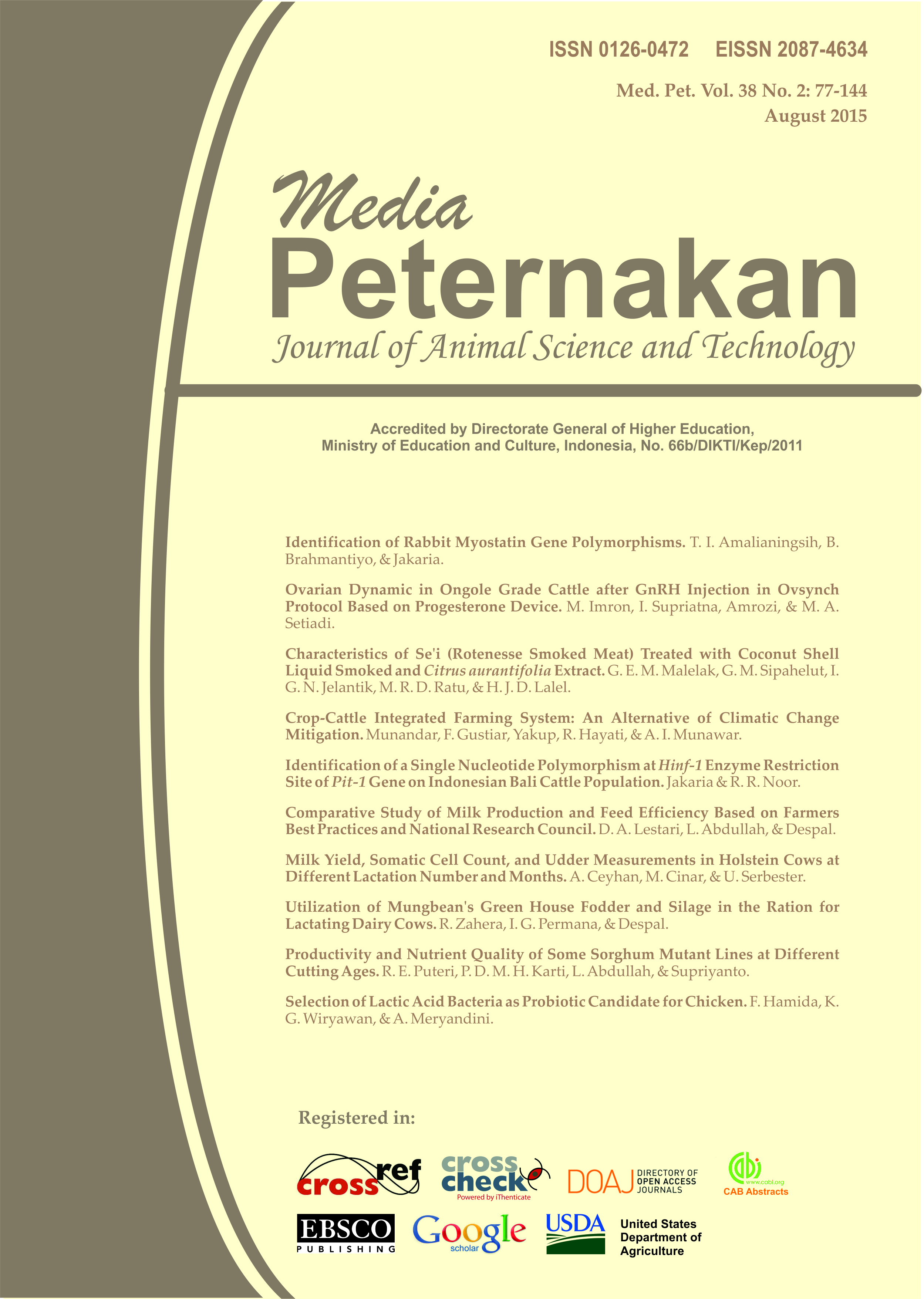 Published
2015-08-25
Issue
Vol. 38 No. 2 (2015): Media Peternakan
Section
Articles
Authors submitting manuscripts should understand and agree that copyright of manuscripts published are held by Media Peternakan. The statement to release the copyright to Media Peternakan is stated in Form A. This work is licensed under a Creative Commons Attribution-ShareAlike 4.0 International License (CC BY-SA) where Authors and Readers can copy and redistribute the material in any medium or format, as well as remix, transform, and build upon the material for any purpose, but they must give appropriate credit (cite to the article or content), provide a link to the license, and indicate if changes were made. If you remix, transform, or build upon the material, you must distribute your contributions under the same license as the original.