Income regional per capita in South Lampung regency of Lampung Province in 2008 only about Rp 7.260.902, but in 2009 had increased to Rp8.620.637. This condition had not been able to overcome poverty and create sufficient jobs in rural areas, particularly in South Lampung regency. According in this condition South Lampung Regency became one of the target area for Rural Agribusiness Development Program (PUAP). In 2008 PUAP was distributed Rp3.492.040.000 to 35 Gapoktan and in 2009 was distributed 3.898.324.000 to 39 Gapoktan.  The objective of this study is to analyze the effectiveness of PUAP in South Lampung regency. Suitability of planning to the implementation of farm activities; rural agribusiness development; microfinance development, and mentoring activities. This study used survey methods and data were collected by questionnaires and direct interviews to 86 respondens member of Gapoktan in South Lampung regency. Analysis was conducted using multiple linear regression analysis. The direct result showed that after receiving PUAP, performance of small business agriculture in South Lampung regency became more effective. It was showed by distribution and utilization of assistance appropriate with the planning agricultural business growth, diversification of agricultural products, group capital increased and also role of extension in Complementary and PMT to guide the group. 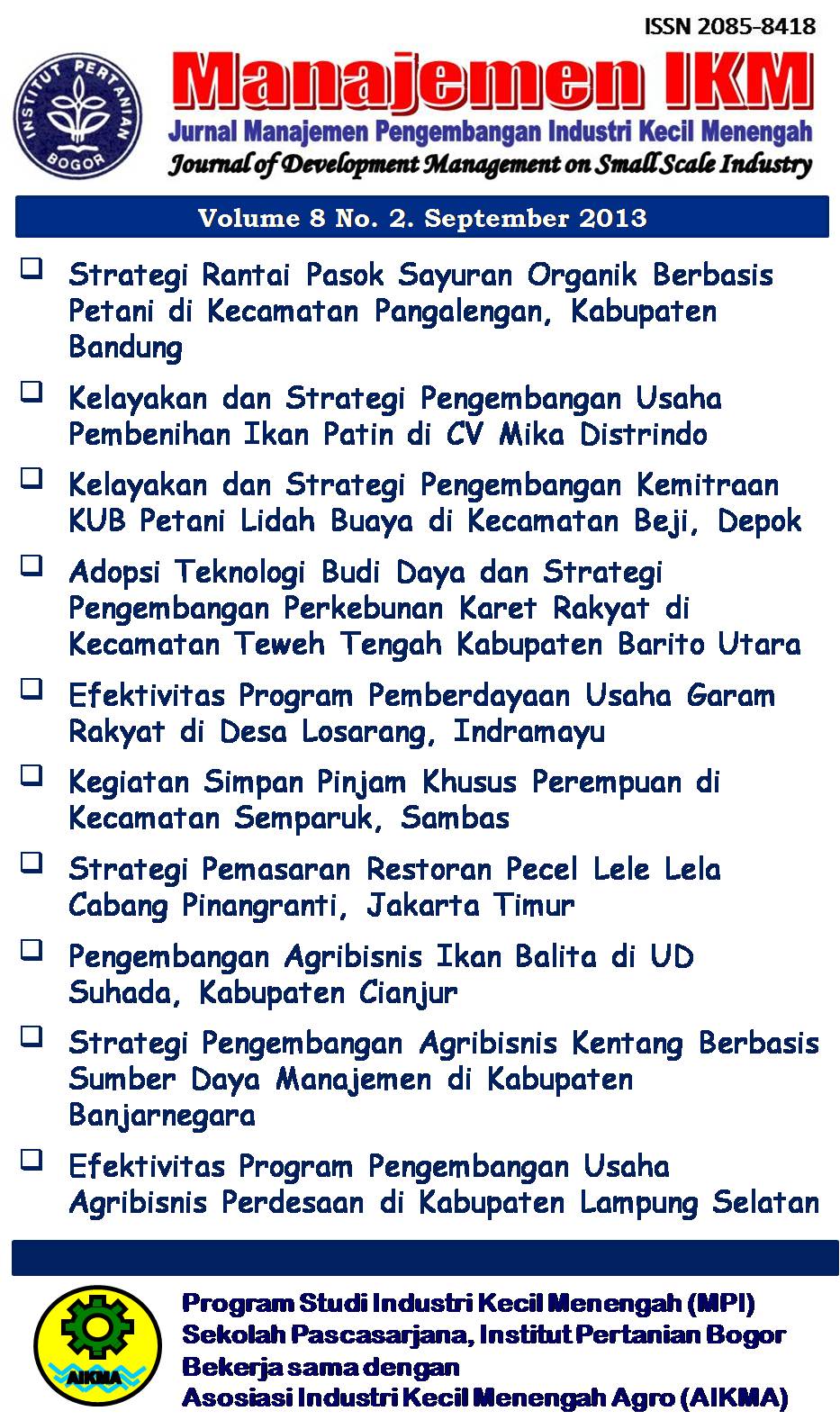