The accuracy of sea surface height (SSH) estimation  from altimeter satellites is strongly influenced by waters condition and coastal land. In general, SSH estimations in offshore are accurate. However, in coastal waters, SSH estimation are inaccurate due to the reflection of signal from land. The study purpose was to retrack the waveform of Altimeter satellites in a complex the Halmahera Sea. The data used for this study were the waveform Sensor Geophysical Data Record type D (SGDR-D) of Jason-2 and Jason-3 of 2017. To retrack waveform, we used several algorithms i.e., Offset Centre of Gravity (OCOG), Iced, Threshold, and Improved Threshold. All retrackers provided significant improvement in SSH estimations except OCOG. The best retracker used in Halmahera Sea for the shallow and narrow bay was Threshold 10%, for the deep and wide bay was Threshold 50%, and for small islands waters were Threshold 10% and Threshold 20%. In general, Non-Brown waveforms were more common in the shallow and narrow bay waters (average=63.49%) vs. the deep and wide bay waters (average=11.51%) and small island waters (average=9.57%). However, the improvement percentage of SSH estimations in the shallow and narrow bay waters was higher than the deep and wide bay waters and small islands waters. The best retrackers in the Halmahera Sea was the Threshold 10% algorithm with the IMP value of  96.71% on Jason-2 pass 164. 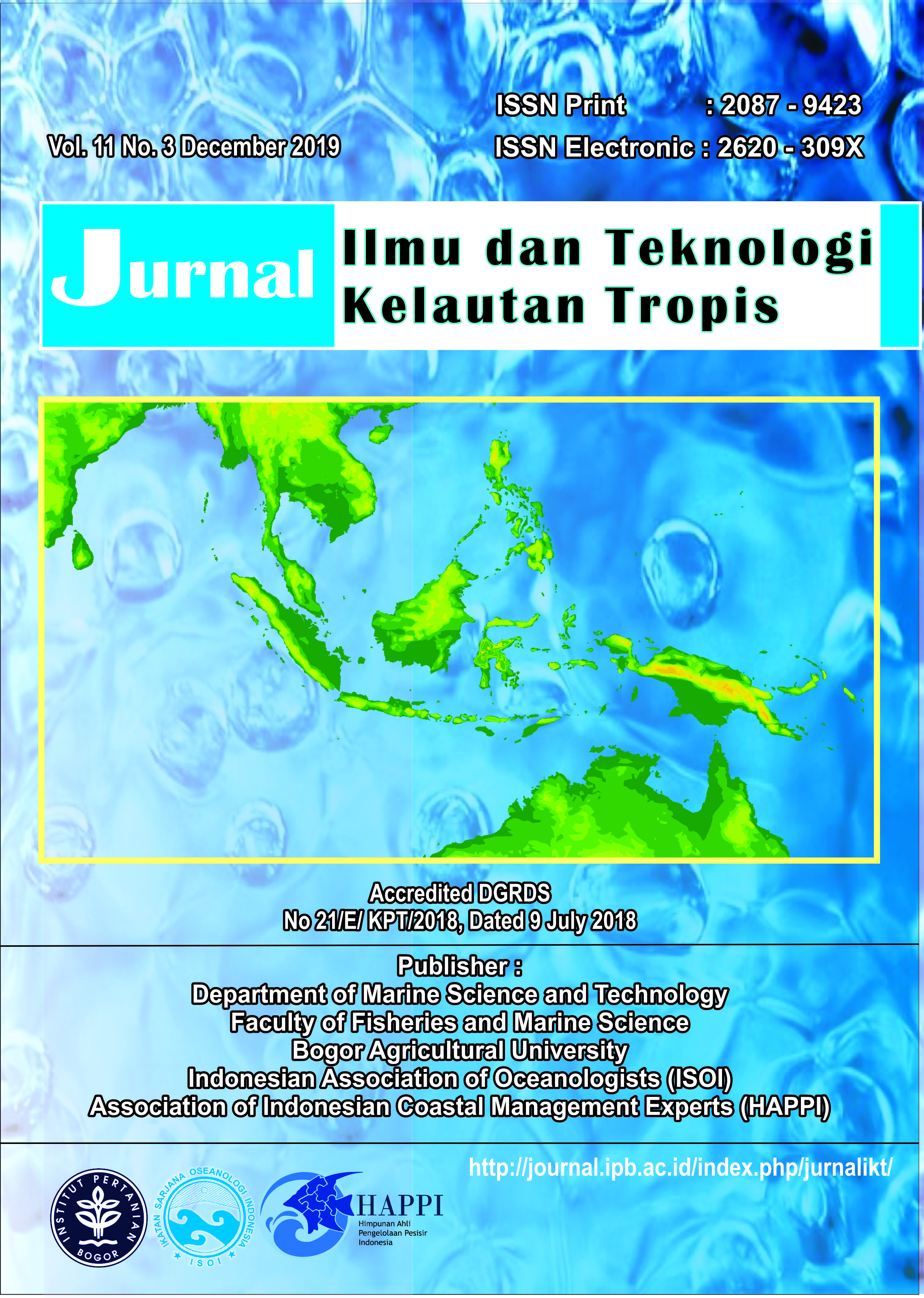