A waveform created by the reflected signal from altimeter satellite in offshore is generally in ideal shape (Brown-waveform) and produces an accurate sea surface height (SSH) estimation. However, over coastal waters, the waveform shape becomes complex due to a disruption by reflected signal from land, resulting inaccurate SSH estimation. The objective of this research was to improve the accuracy of SSH estimation employing waveform retracking analyses of Jason-2 altimeter satellite data in the Java Sea during the years of 2012-2014. This study used data from the Sensor Geophysical Data Record type D (SGDR-D) from Jason-2 satellite (cycle 129 - 239) and global geoid undulation data of Earth Gravitational Model 2008 (EGM08). Waveform retracking analyses were conducted using several retracker methods. The performance of the all retrackers were examined using a world reference undulation geoid of EGM08. The results showed that the waveform retracking analyses were able to improve the accuracy of SSH estimation approximately 29.7% in the north coast and 56.4% in the south coast of total non-Brown-waveform in each region. Higher improvement percentage (IMP) of SSH estimation found in the southern coastal areas was due to a relatively smooth coastline formation in this region than in northern coastal region. There was no specific retracker that produce dominant IMP of SSH estimation. However, the  threshold 10% retracker produced better SSH estimation than the other retrackers with dominant IMP values of 57.1% (pass 051), 48.1% (pass 064), and 25.7% (pass 127). OCOG retracker the worst retracker to estimate SSH in the Java Sea. 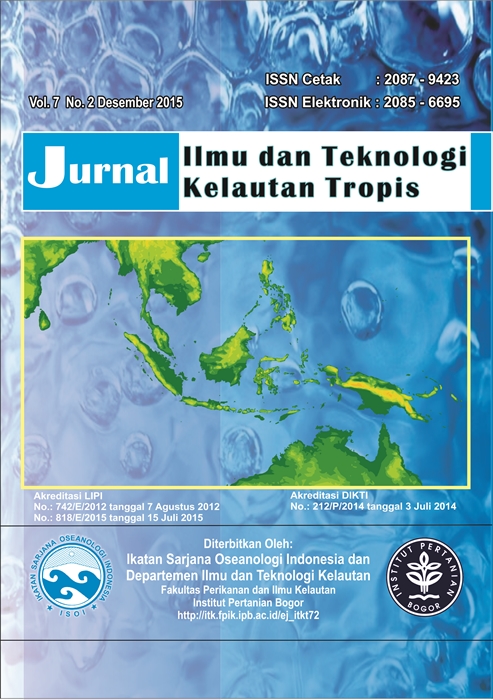