Indonesia has achieved relatively high economic growth from 1960 until 1997 just before the crisis. During the crisis, the most affected area was the rural area. In 1999, people living under the poverty line in the rural area increased to 26 percent, this number was higher compared to urban area which was 19.4 percent. Public spending has a crucial role in the poverty reduction. The objective of this paper is to investigate the role of public spending, especially agricultural research and development, education and health, in reducing the poverty in Indonesia, especially in the rural area. The result showed that in order to decrease rural poverty the government must focus its effort in increasing TFP by improving literacy rate. Increasing government expenditure on agricultural research will have no effect on rural poverty; meanwhile increasing government expenditure on education will have more effect in increasing agricultural wage rather than non-agricultural wage. 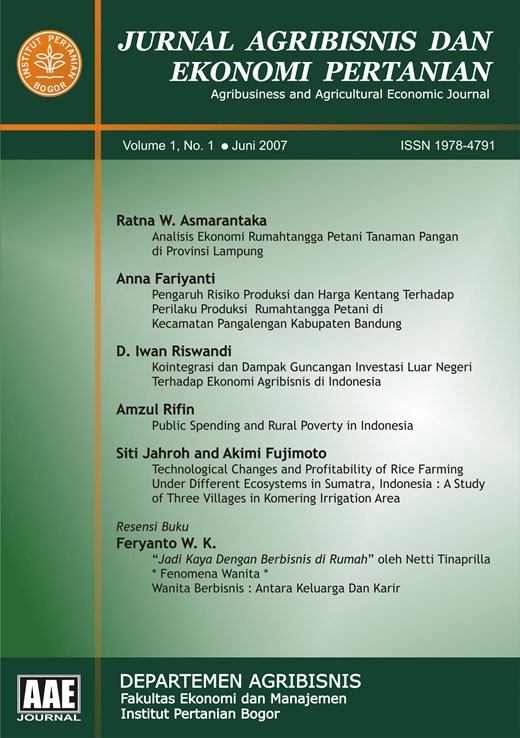