This study observed environmental temperature and rearing management of dairy cattlein KUTT Suka Makmur. This research was aimed to evaluate comparison of environment temperature, productivity, and the technic inefficiency dairy cattle in lowland and highland. Datacollected from 40 respondents in lowland and 40 respondents in highland regions. Data analyzed using descriptive statistics and stochastic frontier production. The results showed that temperatures in the lolands were higher than that of highland, at the range of 24-27 oC, socattle experiencing heat stress, the impact was cattle consumedless feed. In contrast, the highlands temperature relatively low, at range of22-24 oC and produce more milk than that of lowland. The significant variabel of stochastic frontier was herd size about -0.2655 (p<0.10) and -0.2180 (p<0.02) in lowland and highland respectively. Increasing the number of cattle in small holder farms was not efficiencs, due to the increasing in a number of forages and consentrat for the cattle. 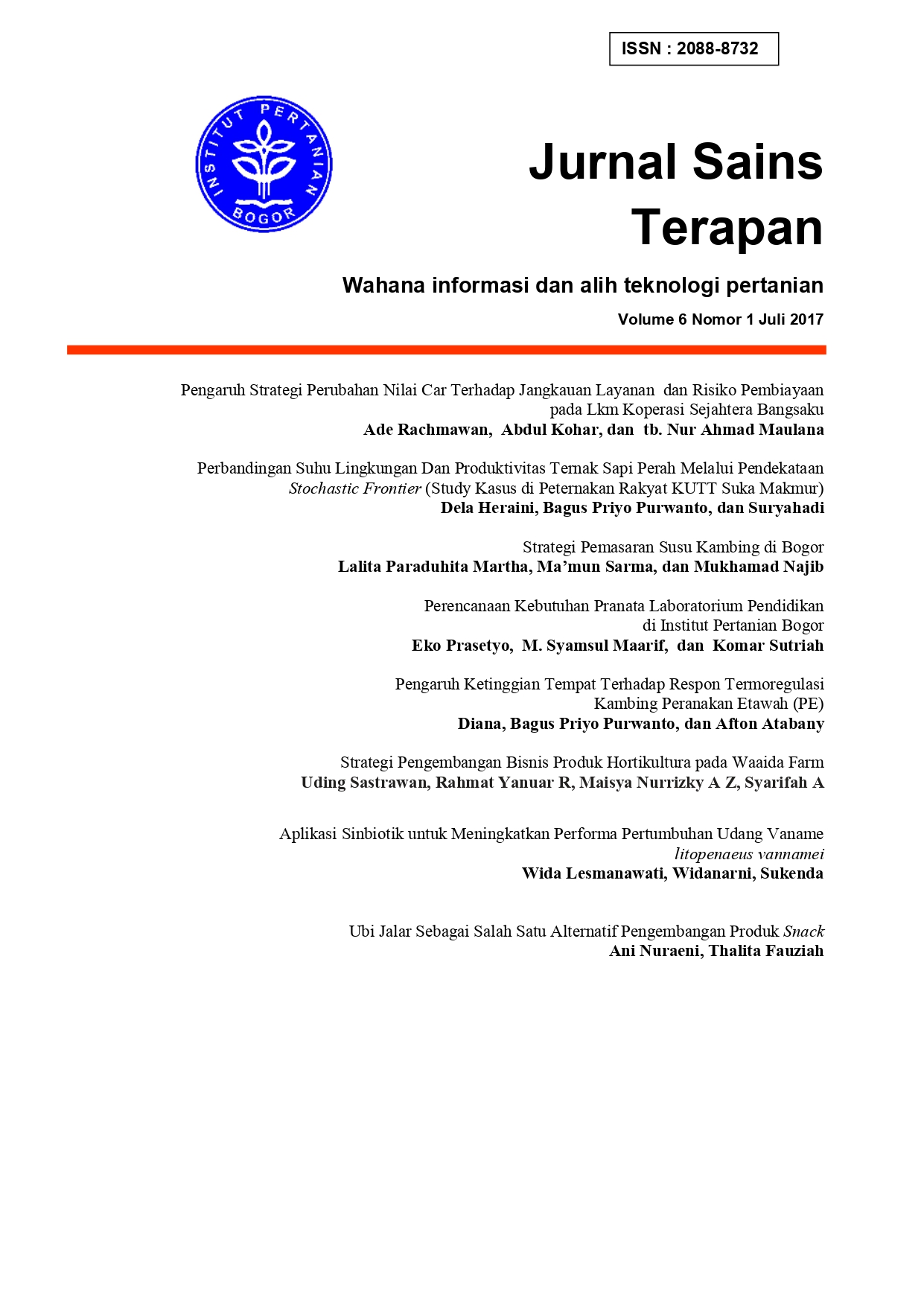