The purpose of this study was to evaluate the off odor in the meat of Alabio, Cihateup and cross-bred of both on the second generation. There were 36 ducks consisting 8 Cihateup Ducks, 9 alabio ducks and 19 cross-bred ducks. These ducks were reared for 10 weeks and fed by commercial feed containing 21-23% protein and 2900-3000 kcal/kg metabolic energy as much as 125 g/head/day. Ducks were put in colonies in box sized 1m x1 m. The off odor intensity, degree of liking and fatty acid composition of chest and thighs meat from Cihateup Duck, Alabio Duck and their crossbreeding were determined. Therefore, off odor intensity was analyzed using the rating intensity. Degree of liking was performed by hedonic ratio fatty acid composition analysis which was conducted by Gas Chromatography (GC). The off odor intensity of commercial meet of Alabio, Cihateup and their crossbreeding were not significantly different. Degree of aroma liking among Alabio, Cihateup and their crossbreeding meat was significantly different in breast commercial cutting where their cross breeding meat had the highest degree of liking. Ratio of unsaturated fatty acid to saturated fatty acid of meat from crossbreeding duck was lower than the one from the ancestor. 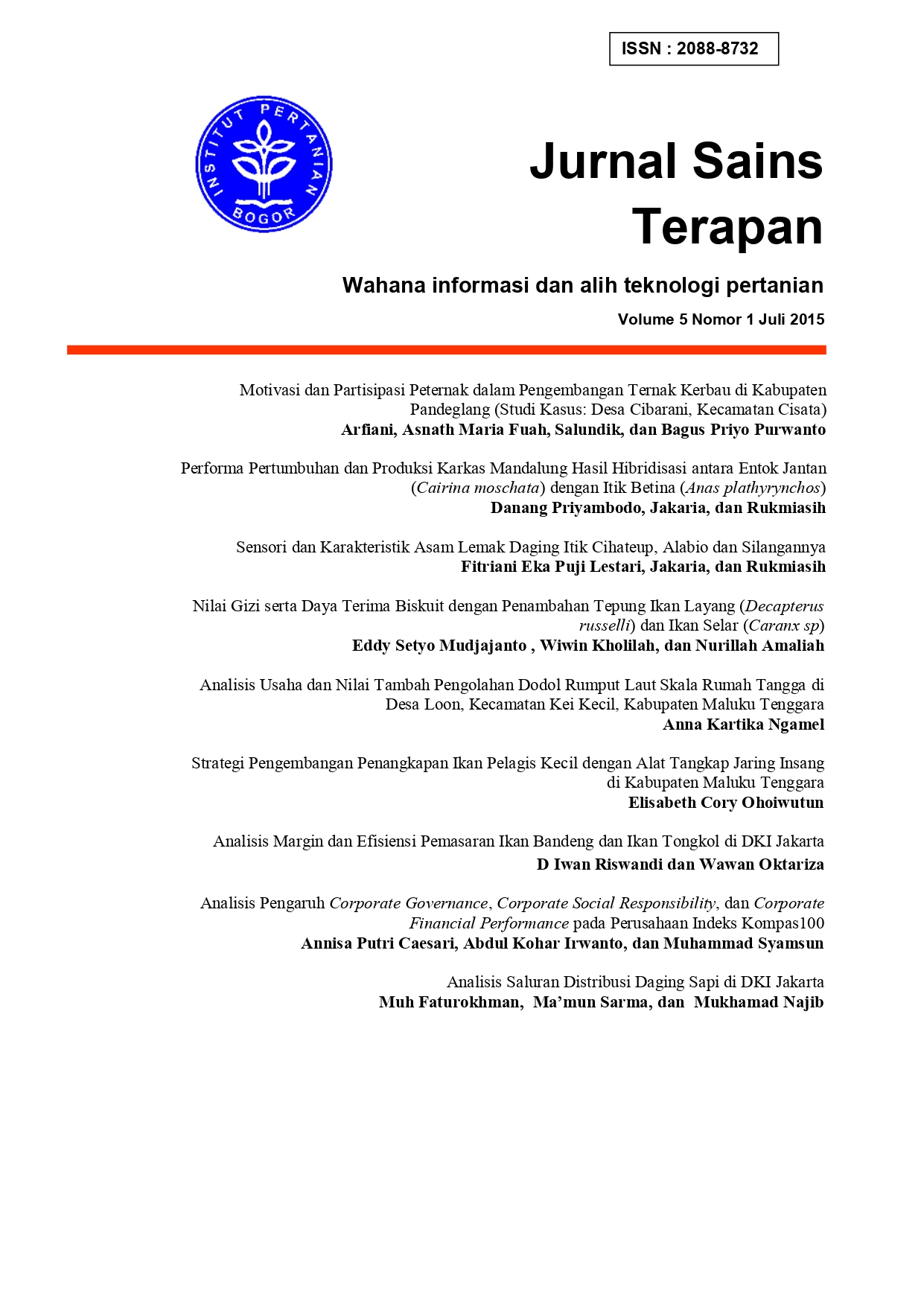