Soybeans demands in Indonesia is higher than soybeans supply. One of the effort to increase soybeans supply is by agroforestry of soybeans and sengon. The aims of this research were to analyze the physiological response and production of soybeans tolerant shading, as well as the influence of soybeans planting on the growth of sengon. Research was conducted by split plot design with 5 repetitions and 2 factors. The main factor was shading and second factor was varieties of soybeans. The results showed the chlorophyll a, b, carotene and total chlorophyll on N1 (with shading) treatment were higher than soybeans on N0 (without shading). The N, P, and K nutrients absorbtion on N0 treatment were higher than soybeans on N1 treatment. Pangrango variety on N0 treatment was better than the others varieties in both of shading treatment. The production of soybeans tolerant shading in sengon (4 year age) was very low than soybeans without shading. The differences of cropping pattern in sengon did not give significant effect on the growth of sengon diameter. Sengon horizontal roots in agroforestry were more than monoculture. The depth of the roots that <20 cm in agroforestry were more than monoculture. That were might be caused by the differences of nutrients element existence in each area. 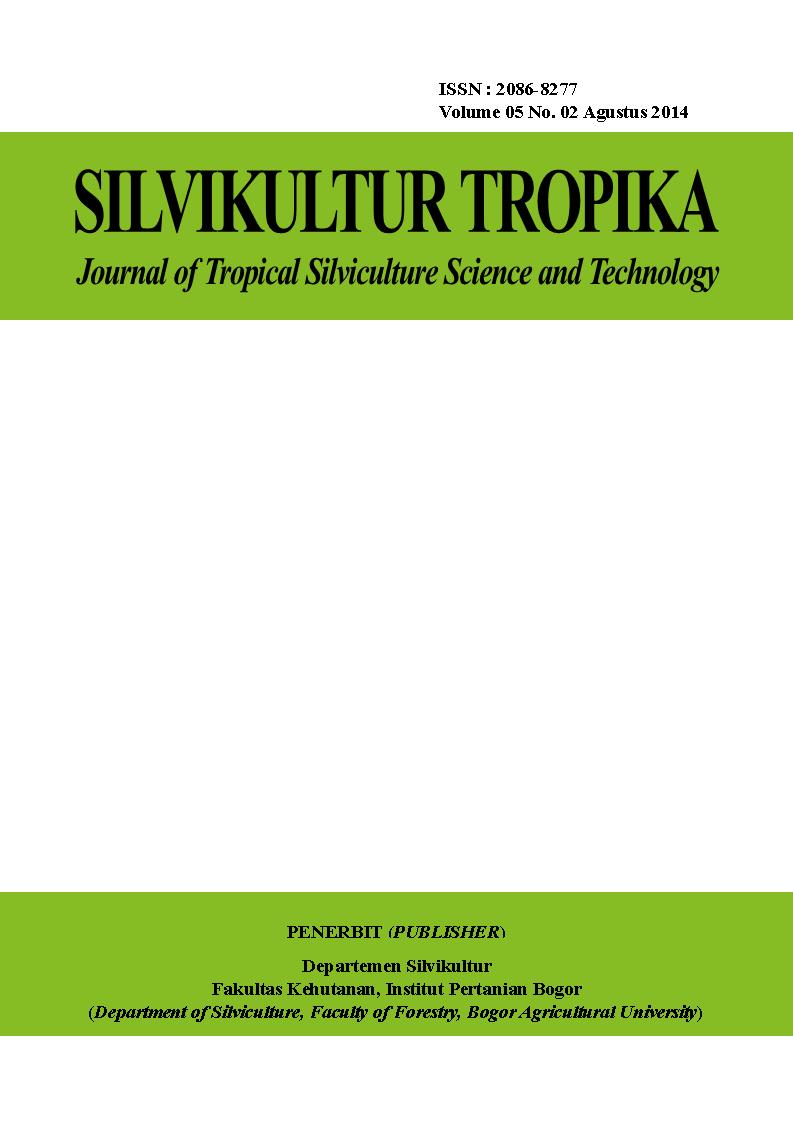