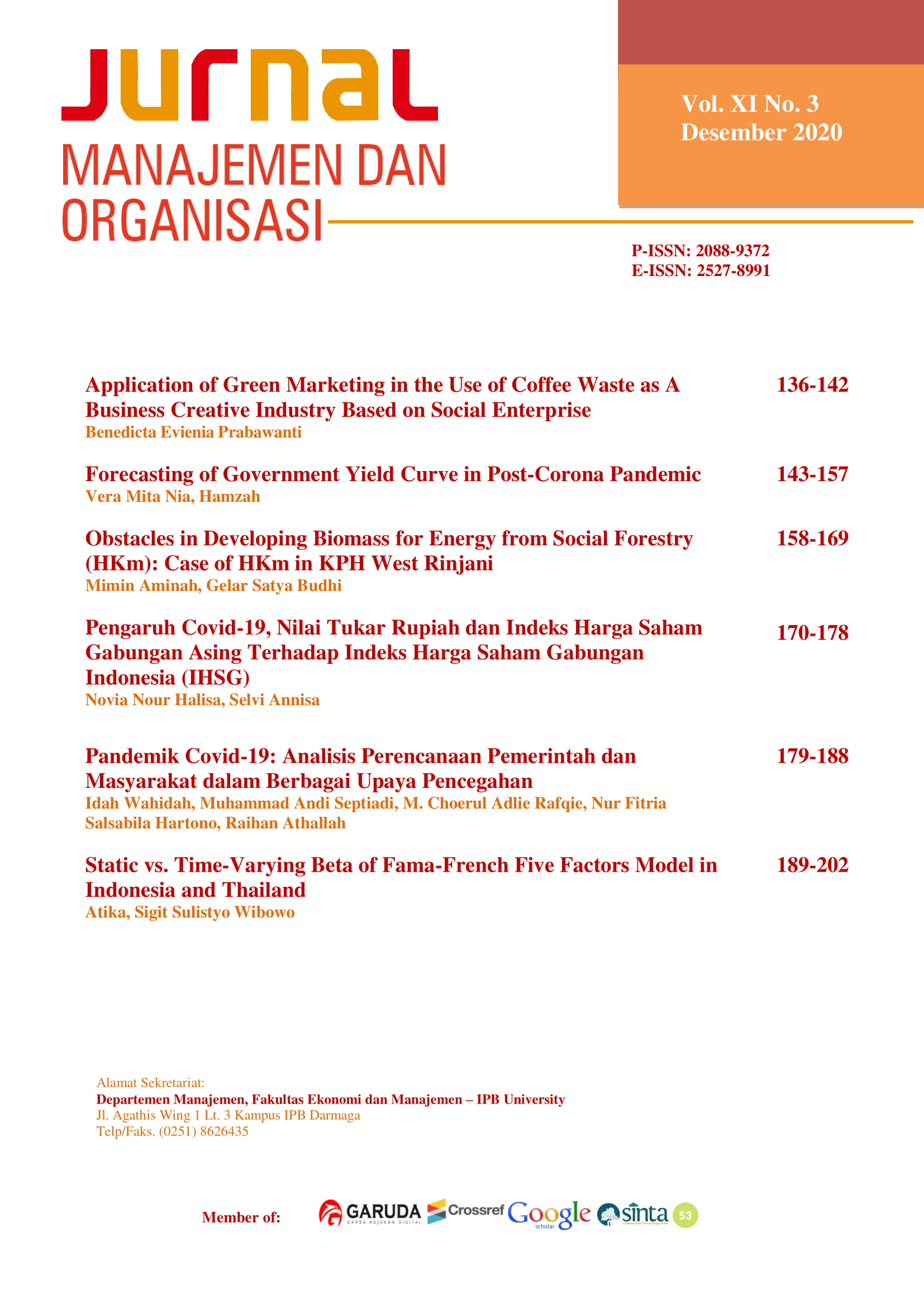 The Indonesia government conducts several fiscal strategies to solve Revenue and Expenditure Budget (APBN)’s deficit due to corona pandemic by relaxation of APBN’s deficit policy, using surplus balance, upsizing loan and bond in domestic and valas currency. Upsizing or issuance a new Indonesian bon called SUN, would increase cost of rate is paid by government and its maturity that impacted to yield curve and risk of SUN. It has inspired this research to (1) investigate the determinant of yield curve due to shocks that occur in Indonesian macroeconomic during the pandemic (2) the impact of the pandemic on SUN’s risk and (3) the forecast of the yield curve in SUN after the pandemic using the VAR / VECM method. The reasearch used secondary data of bond yield from Indonesian Stock Market and imposed the effect of such as inflation, BI Rate, Kurs and foreign exchange that is taken from several sources such as BPS, Central Bank of Indonesia and Bloomberg during 2015 January until 2020 May. This research proves that the five main macroeconomic indicators have an influence in the short and long term on the yield curve.  YIELD, GDP and BIR variables have a significant negative effect in the short term on the yield curve, whereas CPI, KURS and CD have no significant effect. The ECT’s coefficient shows the speed of adjustment towards the long-term balance and the BI Rate adjustment is faster than other variables with an ECT coefficient of 0,33. The estimation results show that the average R-squared is above 55 percent with the highest value of 79,35 percent, this indicates that the equation was formed because the research variables amounted to the R-squared results.