The aim of the present study was to determine the number of follicles, oocyte quality and maturation rate of oocytes from pairs of ovary with different reproductive status in two maturation medium, TCM-199 as control and CR1aa as treatment. The pairs of ovary were classified into four groups: (i) ovaries with corpus luteum (CL) and dominant follicle (DF), (ii) ovaries with CL, without DF, (iii) ovaries with DF, without CL, (iv) ovaries without both CL and DF. Results of the experiment revealed that the greatest number of follicles was observed from ovary with CL without DF (15.88 + 10.68), although not significantly different (P > 0.05) with other status of ovaries. The lowest number (P < 0.05) of A grade oocytes was found from ovary with DF without CL (1.20 + 1.10). The percentage of Metaphase II was highest in TCM-199 (75.51%) with oocytes from ovaries with CL and DF, and the lowest with oocytes from ovaries with DF without CL in TCM-199 and CR1aa (42.86 and 30.95%). The study suggested that the number of oocytes with A grade were influenced by the reproductive status of ovaries. The maturation rate of A grade oocytes was influenced by the quality of oocytes and the composition of maturation medium. 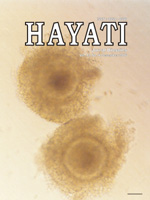