Recently, field surveys were conducted in several orchid nurseries in Bogor (West Java), Magelang (Central Java) and Malang (East Java). We found that most of the commercially orchids sampled from Bogor was infected by virus-like disease. The symptoms depend on the orchid species. Thus, the symptoms varied such as mottle, mosaic and necrotic flecks either on the leaves or on the flowers. Similiar symptoms were not found in samples obtained from Central Java and East Java. A Tobamo-like virus was inferred to be possible cause of the viral disease-like symptoms. Serological test of the samples by ELISA showed positive against Odontoglosum Ringspot Virus (ORSV) antibody and was negative against Cymbidium Mosaic Virus (CyMV) antibody. Total RNA was extracted from symptomatic plants and RT-PCR was carried out by using a pair of coat protein (CP) gene primer of ORSV.  It was successfully amplified a 500 bp of DNA fragment and it was directly sequenced. The nucleotide sequence of CP gene had confirmed the identity of ORSV. Phylogenetic analysis based on the CP nucleotide sequences were grouped into only one major cluster.  The ORSV isolate from Bogor (Sd 21) and the other isolates were clustered in the same group and had highest nucleotide homology (99%). These results provide first evidence of ORSV infecting orchids in Bogor, Indonesia. 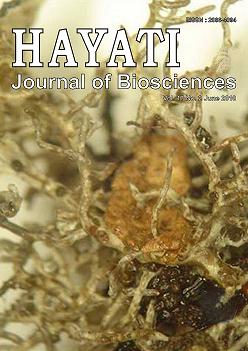