Indonesia has some of the world‟s most diverse coral reefs in need of protection. These biodiversity hotspots have attracted international attention and are well described in the literature. However, they are home to only a small portion of the fishing communities in this country. The state of many of the other communities has yet to be studied in depth. As a step in that direction, this paper focuses on fishing communities in mainland West Sumatera and, using data collected by government agencies, defines two indicators that will be useful nationally. The first is a measure of the communities‟ dependency on fishing as a source of
livelihood, the second a measure of poverty that is appropriate to Indonesian fishing communities. For mainland West Sumatera these parameters identify five areas that are highly dependent on fishing (> 10% employment in fishing) with two of these containing large numbers of fisher households in a state of poverty. These two are Sei Beremas and Sasak Ranah Pasisie in the regency Pasaman Barat. Neither of these are located at well investigated hotspots and further work will be required to identify the underlying reasons for the combination of dependency and poverty found in these places. The methodology described in this paper is
applicable to the ongoing implementation of the national marine spatial planning program. 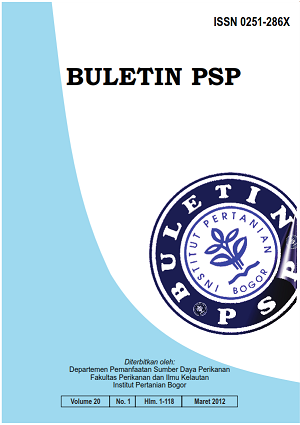